Professor Welkin Johnson’s Research On What Makes Us Human

After years of work, Welkin Johnson is changing the way that we understand the human genome. Johnson, chairperson of the biology department at Boston College, is currently involved in a project that studies endogenous retroviruses and how they have altered the course of evolution over hundreds of millions of years.

Johnson began his work at BC about five years ago after transferring from Harvard Medical School. Invited by a colleague to give a seminar, Johnson immediately fell in love with the atmosphere BC had to offer. Later, he accepted a job offer.

A question he often fields pertains to his decision to abandon a scientific powerhouse like Harvard for a university like BC, which lacks the prominence and many of the resources of Harvard. Frankly, Johnson said, it all comes down to the money.

At a university like Harvard, most researchers receive their salaries as a portion of a grant they receive for their work, rather than as a fixed figure from the university itself. As a faculty member at BC, however, Johnson receives his salary from the University, meaning that he can apply all of his grant money toward his research, making him a much more effective scholar.

In addition to this, Johnson recognizes that BC is an up-and-coming research power with a great support system for researchers like him. But, he noted, researchers do need to love teaching to work at BC.

“It has been a very supporting place to work, but you have to love teaching,” he said, noting his contributions to the classroom as well as the lab. “And although I don’t do as much of it now, I’ve always enjoyed teaching as well.”

Having shifted his focus to the lab in recent years, Johnson has concentrated his work on viruses and genomes, specifically on how retroviruses can alter an organism’s DNA so that certain viral traits are passed down to later generations.

Retroviruses, which include HIV and other immunodeficiency diseases, are a family of virus that spreads by inserting itself into a host cell’s RNA. The virus then converts this RNA to DNA, which is the genetic building block of life. As a result of becoming present in a cell’s DNA, the virus’s traits can then be replicated within the organism and can eventually be passed to an organism’s offspring, solidifying the virus’s genetic traits in future generations. As Johnson suggests, this implies that a massive amount of genetic material currently alive on earth derives a large percentage of its heritage from viruses.

“[Replication of this manner] has happened millions and billions of times,” Johnson said. “So much so that something like 8 percent of our DNA is from retroviruses.”

This percentage may seem small, yet as Johnson points out, about 2 percent of our DNA is genes. This means that we, as humans, have more retrovirus sequences in our DNA than genes that make us who we are. These molecular “fossils,” as they have been called, allow scientists like Johnson to ask important questions regarding who we are as humans and from where we have evolved.

This research is made possible by the genetic simplicity of viruses, but their simplicity does not translate to unimportance. Seasoned veterans like Johnson and his army of student researchers have linked viral traits in modern genomes to all sorts of differing factors,  such as climate change and changes in a species’ natural niche. Using this “fossil record,” researchers use modern genomes much like a paleontologist would use a fossilized dinosaur bone.

“Our goal is to understand to what degree viruses have affected the evolution of humans,” Johnson said. “My guess is that it is enormous.”

As Johnson noted, there is no form of life that does not have the remnants of an ancient retrovirus in its DNA. When you look at this mystical 8 percent of human DNA, that is when you can see that the viruses have been infecting humans and our ancestors for hundreds of millions of years. People have the tendency to study viruses that are “sexy,” as Johnson puts it—common viruses that kill many. But as Johnson said, studying all viruses, not just deadly ones, is essential to understanding the human genome.

“There has never been a time when viruses did not spread,” he said. “That’s when you realize that the viruses we know about are just the tip of the iceberg. We have to keep going.” 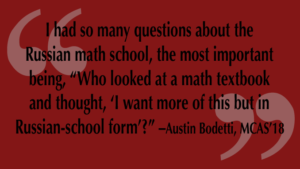 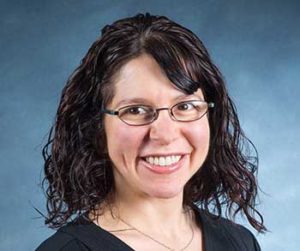