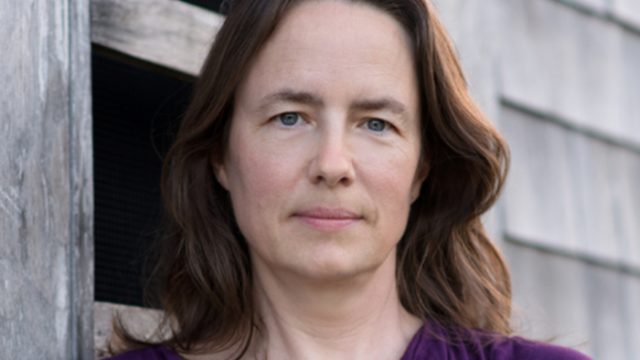 The 2016 presidential election has been characterized by a series of events that suggest that today is a time devoid of political normalcy. These events, like the popular rise of Bernie Sanders and Donald Trump, as well as the division of the Republican Party, suggest that something bigger is taking place.

This election looks like a pivotal moment, the sort of event that is the culmination of historical trends that were driving the political system in the long term, outlasting the noise that usually accompanies each present moment as time passes. An insightful way to look at the current political moment and what it will bring is through history.

Heather Cox Richardson, who studies 19th century American political and economic history, does exactly that. For her, the 160-year history of the Republican Party, around which much of the special circumstances of this election seem to be taking place, is integral to understanding what has occurred to the American political system and what will follow from that.

“My work takes a look at the conditions and ideas that gave rise to the Republican Party,” she said. “I’m an idealist in the sense that I think ideas change history. So I look at the relationship between image and reality, between ideas and reality, and how it drives history.”

To her, the fractures seen in the Republican Party today are not recent, nor are they between populists and conservatives, as most people think. It is a fracture going back to the Republican Party’s beginning that has shaped American politics deeply.

Cox Richardson observed that the Republicans’ rise to power in 1861 and the formation of the Confederacy created a government that responded not just to those at the very top, but to those at the bottom as well. The Republican Party provided land, education, and railroads to access natural resources, and Republicans restructured the financial system to help individuals rather than financiers. Later, the party would support the end of slavery in America to, theoretically, give every man the equal right to rise through the ranks of society.

However, this expansion of the government into an activist role was costly, requiring the Republicans to institute the first system of national taxation. This, Cox Richardson said, produced a backlash from people who disliked the idea of an activist government helping everybody, especially African Americans.

“[People] began to complain that the idea of the government helping everybody was simply a way to redistribute money from white taxpayers—the people who are putting up the money for these programs—to lazy Americans who don’t want to work, in this case African-Americans,” she said.

This backlash ultimately drove Republicans to tie themselves to big business and libertarianism in the 1870s to keep themselves afloat. This pro-business section of the Party strongly believed in individual and property rights as a fundamental principle, and would forever be in conflict with the founding wing of the party, which believed strongly in the principle of equality of opportunity. From that moment on, the Republican Party has moved throughout history in cycles of dominance by either faction, profoundly affecting American politics.

The “big business” faction of the party faced harsh criticism in the 1890s, leading to the dominance of the Progressives led by Theodore Roosevelt. The Progressives soon faced racist and xenophobic backlash, with Republicans re-aligning themselves once again with big business in the 1920s. The stock market crash in the 1930s led to yet another switch in popularity within the party. Cox Richardson sees that Republicans are still feeling the political influence of Dwight Eisenhower.

Cox Richardson considers the alternating dominance of the two factions as the driving force behind the fractures in the Republican Party, not the fairly recent split between Trump’s faction and Republican moderates.

“When movement conservatives organized to oppose first the New Deal and then Eisenhower’s Middle Way, they went back to that construction that had come straight out of the Civil War, which was the idea that an activist government costs tax dollars, and those tax dollars would be paid by generally white taxpayers and redistributed to lazy, greedy, and undeserving people,” she said.

This ultimately drove the Republican Party farther to the right, to the place it is today.

“Trump is not actually a movement conservative himself, but he is playing to that audience,” Cox Richardson said. “Trump is just speaking to some of what this audience believes that will garner him support, while at the same time mouthing the rhetoric of economic populism.”

While she considers herself “a prophet of the past, not of the future,” Cox Richardson said that historical patterns suggest that with a very likely victory by Hillary Clinton, the Trumpian faction of the Republican Party should splinter and leave organized politics in the medium term, given the problems of its distrust of authority pose to its ability to organize itself. She suggests the

Republican Party should also move back to the center to resemble the party of Eisenhower.

“I think that, having accepted Trump, the movement conservative wing will go down with him, and we are going to get the return that history suggests we should have to a moderate party that looks much like Eisenhower’s, pushing the Democrats left to where they belong, and giving us the interplay of the two, which is always when America operates best,” she said.

Beyond just this election, however, history has a role in the understanding of all political moments, as it is a fundamental factor in them.

Professor Cox Richardson made certain to emphasize the importance of awareness of and respect for political traditions that have shaped American democracy to the very present.  According to Cox Richardson, these traditions transcend purely academic settings and contribute to a constructive discourse that, ideally, should underlie politics.

According to Cox Richardson, political traditions of peaceful exchanges of power, of voting, and of equal access to the vote are fundamental to the American system of democracy, and go beyond these mere academia. These political traditions speak to who we are as a people and they speak to the concept fundamental to the values of the United States, that democracy is most powerful when everybody has a say in it.

“I think it’s important for people to recognize the importance of our history,” Cox Richardson said. “By looking at history you also get a much better idea of where you stand in relation to what people are doing today, because each one of us will respond to what’s in front of us differently. You have to see where we started, and then the pieces all make absolutely crystal-clear sense and, you have a much better idea of what people are doing and why they’re doing it.”