Home » LTE: A Response to “Faculty FitBit Competition May Step Over the Line of Fair Play” 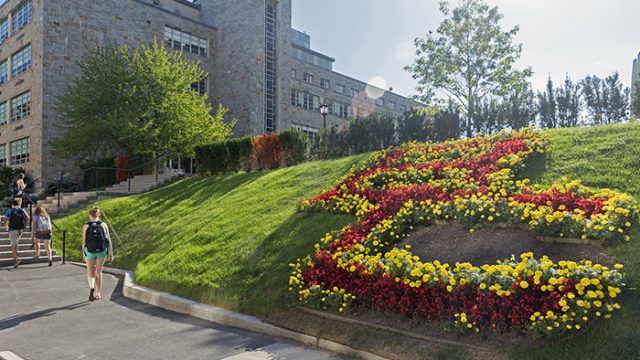 LTE: A Response to “Faculty FitBit Competition May Step Over the Line of Fair Play”

I am writing this letter on behalf of my Walk Across Campus Challenge team, Conte Force, because we felt it was unfair to portray a dedicated BC employee as a “cheater” and/or “liar” in a public fashion through The Heights article titled “Faculty FitBit Competition May Step Over the Line of Fair Play,” written by DJ Recny. If someone took the time to reach out to “the carpenter” to learn how he averages 40,000+ steps per day, you may not have made the statements you did attacking his character and the integrity of the WAC Challenge—something that is meant to make people healthier and build them up.

The carpenter referred to in the article has worked at Boston College for over 30 years, his name is Giovanni Buonopane, or more commonly known as Bono. Bono loves the BC WAC challenge. Prior to the start of each competition, he hosts a team pizza party to get our members motivated to walk. Throughout the competition he visits with teammates to check in on their progress and encourages them to help the team by boosting their own averages. He has made walking a priority and leads by example. Bono wakes up early to walk before work. The nature of his job has him always on the move, walking (and working with his hands verses at a desk) from one project to the next, constantly on his feet. After his work day, he walks around his neighborhood or in the basement on the treadmill. His daughter recently said she was happy to move out of the house because she was tired of hearing the treadmill going from the moment she got home till the moment she went to bed. The ironic thing is, leading Conte Force to victory is his motivation, not the $100 gift certificate to Bitten he receives if he wins the competition on his own merit. Last year, he took home that gift certificate for first place, and the second place winner received four football tickets to Wagner, valued at less than $150. In the article, these things were referred to as significant financial reward. Clearly, they are not.

Before we judge how people are achieving their steps, I think you should put yourself in their shoes … literally. I would suggest any skeptics to accompany Bono for a day at the office or a home football game to see the amount of effort he puts in on a work day, which will help people realize that what he does is possible. In the process, you may just realize that Bono and the WAC Challenge deserve an apology.

ONE COMMENT ON THIS POST To “LTE: A Response to “Faculty FitBit Competition May Step Over the Line of Fair Play””