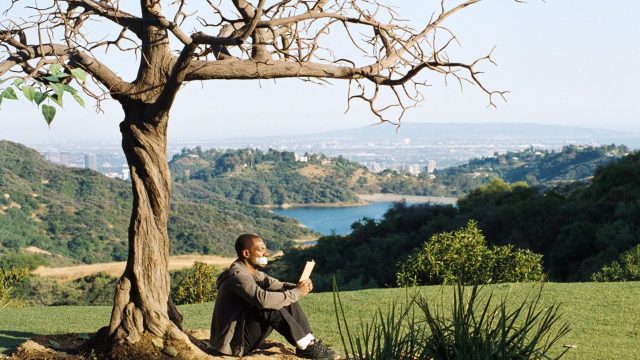 Imagine, for a moment, a young woman who finds herself struggling to maintain sanity on an eight-hour flight with nothing but a broken television screen and a pair of malfunctioning headphones to keep her occupied. Or perhaps, instead of the claustrophobic confines of a randomly assigned plane seat, she is swallowed by an uncomfortable velvet recliner, having wasted far too much money on a dizzying 3D children’s movie to just leave the theater a mere five minutes into the already horrendous family film.

To make matters even more terrifying, these very scenarios—in addition to a handful of other awful entertainment experiences—were based on true events. Events in my life, actually.

There’s an Eddie Murphy movie out there called A Thousand Words. The film—released in 2012 and since buried somewhere in a metaphorical cemetery of discarded cinematic duds—is best described as a box-office failure that burnt a gaping hole in the proverbial wallet of Paramount and DreamWorks Pictures just after its release. If you dig it up, dust it off, and are willing to condemn yourself to one hour and 31 minutes of mind-numbing attempts at eliciting audience laughter, then you’re far more fearless than I thought. Admittedly, you’re more courageous than I was when I fell victim to the catastrophic film during a first date in high school.

Murphy, known both for his oft-exaggerated physical comedy and endearing gift of gab, plays manipulative literary agent Jack McCall, who discovers that a tree has spontaneously sprouted in his backyard. This gradually withering thing loses its leaves at the same rate McCall speaks. When he realizes that the tree’s drastically deteriorating health is representative of his own time left on earth, McCall becomes a better man by speaking the truth, becoming more attentive to his family and friends, and experiencing other hackneyed plot resolutions that film fanatics are all too tired of watching.

Now, I’ll save my breath by straying from the whole “thousand word” theme and instead getting straight to the point. In fact, I could summarize the essence of this film in just three words for you, if you’d like.

Deservedly, it got 0 percent on Rotten Tomatoes. For comparison’s sake—and if you have any faith in the judgment of the good people on pretentious film review aggregators— that’s less than Boo! A Madea Halloween, as well as the third and fourth installments of the Sharknado series—movies that received  generous 23, 36, and 18 percent approval ratings, respectively.

To reiterate, movies with the audacity to boast titles like Sharknado 3: Oh Hell No! and Sharknado: The 4th Awakens were both deemed significantly better than Murphy’s major career hiccup. Go figure.

I remember sitting in the theater desperately willing Murphy’s character to figure things out already. I wished with every fiber of my being for the unnaturally green leaves on that CGI tree to fall as fast as they could—to drop instantaneously in order to bring about some kind of sweet release, a swift end to a movie that shouldn’t have been made in the first place.

It isn’t surprising that one of the scariest situations an amateur arts aficionado can find herself in is the sheer, unadulterated horror of being trapped somewhere with insufficient or unsatisfactory entertainment for an extended period of time. It is, however, far more frightening when she realizes her greatest fear exists not only in the entertainment realm, but also in reality.

When this nightmare of the inescapable show is applied to the real world—when needless drama inundates the media, the puerile pointing of fingers becomes too painful to put up with, and the only quality entertainment comes from late-night comedy shows that thrive off of the endless material derived from such chaos—it’s called the 2016 presidential election.

This particular election has pervaded virtually all conversations nationwide. Heroes and villains have been identified on both sides of the aisle, skeletons are seemingly stacked high in each candidate’s proverbial closet, and venomous dialogue spews forth from both camps. This is driving, inconceivably, a wider and more damaging rift between the parties than ever before. The election has become a bloated caricature of its former self, an overblown and frightening parody of what it once was. It’s suffocating. It’s hard to watch. Simply stated, it’s scary—just like A Thousand Words, in a sense. If this election were a film, it too would probably have a fat 0 percent next to its name.

And I, for one, cannot wait until it’s over.

a thousands words rotten tomatoes
What Was The Worst Part Of Your Worst Date?
Why We Need Black Lives Matter