Home » Mass. Residents Must Make a Choice on Charter Schools 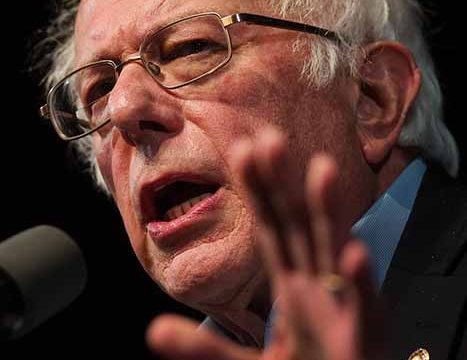 Mass. Residents Must Make a Choice on Charter Schools

Question 2 on the Nov. 8 Massachusetts ballot will ask voters whether they support giving the state the authority to lift the cap on charter schools. As it stands, no more than 120 charter schools are allowed to operate in the state, and there are currently 78 active charters.

This question, one of four appearing in the ballot, will be one of the most significant ones affecting public education in the state in years, especially given that the number of charters in the state has been capped since January 2010. Understandably, this question has received a lot of publicity in the last few months as Election Day loomed ever closer. Supporters, as well as opponents, have found themselves at a stalemate, with both making their last push to sway the vote.

Approving this measure would give the State Education Department permission to raise the cap imposed on charter schools, allowing it to add up to 12 new charter schools per year, every year. A “no” vote would simply maintain the law as it is currently. According to The Boston Globe, only 3.9 percent of students in the state currently attend charter schools.

The debate surrounding the question has boiled down to several parallel discussions: whether an approval of the measure drains the public school system of funding—charter schools are considered part of the public school system, receive both public and private funding, have to adhere to Massachusetts education regulations, but have independent boards—whether allowing these schools to be run by third parties would then make these charters appear like another business venture to the independent boards, and whether it is worth it to create new schools instead of improving the existing ones.

Massachusetts already has a school-choice policy, through which parents can choose to send their children to schools located outside of their district, so if this measure were to be approved, it would only increase the choices available to parents. But these extra options come with consequences.

While, on paper, extra choices would allow individuals more options and thus the ability to select the best option for their children, several issues appear if the proposal in its current form passes.

Firstly, at the current level of charter schools, the funding they receive is proportional to the number of students the schools currently have enrolled, according to a recent report published by The Boston Globe. Adding more schools without proportionately expanding the funding pool, however, would leave certain public schools without adequate funding.

Dividing the same amount of funding between larger amounts of receiving parties will only leave each school with a smaller amount of support. While the per-pupil funding may not change in this situation, since the number of students itself is constant, the reality is that schools, be they charter or public, have fixed costs that they have to meet (salaries, utility bills, maintenance, resource costs, etc.). The argument that adding more charter schools would not drain the system only holds if we look at the per-pupil spending.

Lastly, let us consider the independent boards that currently govern these schools. The idea behind having independent boards is to allow them the flexibility to make individualized decisions that will best help the students in a case-by-case basis depending on the school. Expanding the number of schools in the state by opening them up to higher levels of outside sources would put them in a situation in which investors in these schools begin seeing them as revenue resources instead of educational facilities. The business interests of the sponsors who fund the schools must not be ignored.

Vermont Senator Bernie Sanders voiced his opinion on this question this week by saying that he opposes the measure (whether or not Sanders should interject in state politics of another state is a question for another day).

“We must defeat Massachusetts Ballot Question 2,” Sanders said in a statement. “This is Wall Street’s attempt to line their own pockets while draining resources away from public education at the expense of low-income, special education students and English language learners.”

Instead of diverting funding away from public schools and into new charter schools, the way forward should be instead to continue investing in public education and ensure that the needs of the students are met through educational reform. The first step is to identify the issues that force more than 33,000 thousand to join the charter waiting list, and then enact a plan that fixes those issues.

Regardless of what the state decides next Tuesday, the most important factor is that people turn up to the polls. This is too important to leave up to chance.