Home » Bringing O’Malley to Campus Will Boost BC Law 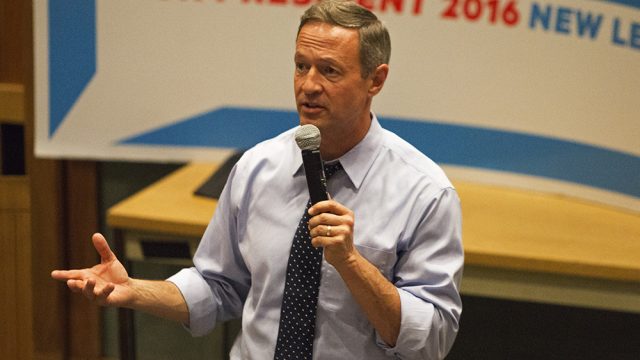 Bringing O’Malley to Campus Will Boost BC Law

Former governor of Maryland and Democratic presidential candidate Martin O’Malley is coming to Boston College this spring as the Rappaport Center for Law and Public Policy’s distinguished visiting professor. He will teach Leadership and Data-Driven Government at BC Law School, while also participating in the Rappaport Distinguished Public Policy Series, which involves panel discussions, forums, and conferences meant to address policy issues and politics in society, while also encouraging law students to pursue careers in politics and policy development. O’Malley will serve as a moderator and a panelist during these events, which will revolve around the issues and concerns he has dealt with and attempted to rectify throughout his career, such as gun control, criminal justice reform, democracy and distrust, and lessons learned from the 2016 presidential election.

O’Malley, who spoke at BC last year, is an impressive speaker and visiting professor whose public image was recently boosted by his presidential run, despite its brevity.

As Michael Cassidy, the faculty director of the Rappaport Center for Law and Public Policy, said, “He’s such a good role model for them because he was the district attorney for Maryland, and then the mayor of Baltimore, and then the governor of Maryland, so he’s had a distinguished legal career of his own.”

Bringing in a high-profile public figure like O’Malley is an impressive achievement by the Rappaport Center and BC Law, especially considering that O’Malley is not an alumnus who could be drawn to the position through those direct connections. He presents an exciting perspective to law students, as well as those interested in attending his panel discussions. The Rappaport Center and BC Law will hopefully continue to attract public figures with direct experience in state governance and the national stage.

The plan for one of the panel discussions is also to bring a prominent Republican to campus. As the discussions will occur after the election and can reflect on the turbulent events that have characterized politics for over a year, bringing in a Republican to discuss and possibly debate with O’Malley should offer an interesting perspective on politics that should attract interest.

Securing O’Malley as a visiting professor will likely incur prestige upon the Law School. It also benefits the entire campus by having O’Malley participate in talks and panels that any student can attend. This was a great achievement by those involved and will hopefully lead to other interesting political figures coming to BC in the future.

martin o'malley
For 750 Freshmen, an Interdisciplinary Education
LTE: A Response to “A Defense of Donald Trump”