Home » LTE: A Response to “A Defense of Donald Trump” 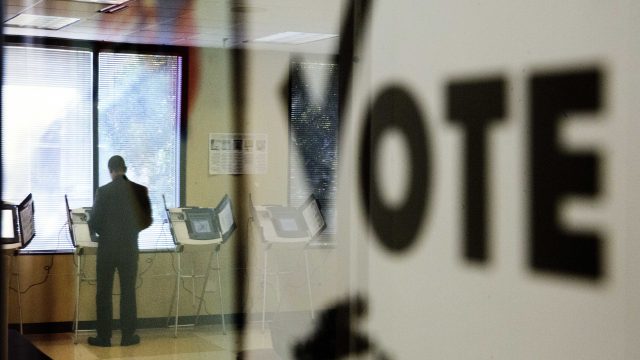 LTE: A Response to “A Defense of Donald Trump”

I remember reading an article in The Heights a while back titled “A Defense of Donald Trump.” That author argued (among other things) that people should vote on principle—liberals for Clinton, and conservatives for Trump. I find this thinking narrow-minded and irresponsible. Election day is nearly upon us, and I urge everyone to vote, even if it is for Trump. But don’t vote to follow a party line. Don’t blindly follow what the RNC or DNC say. Instead, vote on where the candidates stand. Vote on what matters to you. Vote on the future of our country and the world over.

The years ahead will shape the United States and the world for decades to come. At home, we as voters and citizens must decide the future direction of American policy on immigration, gun control, police brutality and institutional racism, health care, the national debt, and drug policy, among dozens of others. Abroad, the U.S. must decide how it will interact with the international community on collective security issues, the doctrine of liberal hegemony, cyber warfare, counter-terrorism efforts, climate change, nuclear proliferation, and trade agreements.

Any one of these issues affects millions of people. Together, they will define the 21st century. Yet the author of “A Defense of Donald Trump” argues that voters should support a candidate based not on these solemn challenges facing the world, but on the basis that “nearly all conservative Republicans voted for the Republican nominee in the past, and should do the same now.”

In saying this, the author tells his audience to vote against their consciences. He tells them not to analyze the positions of Trump and Clinton. Perhaps most egregiously, he tells them for whom to vote with nary a mention of either candidate’s policy proposals.

This has not been an election about the issues. Well, perhaps that’s a poor way of wording it. This has been an election not about the campaign issues, but about our issues with Donald Trump and Hillary Clinton. It’s been an election about who is worse, who is less corrupt, who is less morally bankrupt. In such a political environment as this, it becomes even more important to see through the fog of war and rationalize one’s choice based on their ideas and plans. Yes, a candidate’s character matters, but it should not be the only thing one sees.

I don’t agree with Trump. I don’t love Clinton. But in deciding who to vote for in my first ever presidential election, I tried my best to ignore the scandals, the controversy, and the madness. What does Trump want to do regarding gun control laws? (Relax them.) What’s Clinton’s stance on the Iran nuclear deal? (Keep it.) Forget emails. Forget grabbing women by the p***y and calling Mexicans rapists and drug dealers. What will they do?

In this, I decided to support Hillary Clinton. I don’t expect everyone to reach this conclusion. But please, reach your own conclusion.