Stephen Strange is having a weird day. The esteemed neurosurgeon, in an attempt to fully heal his decrepit hands, has traveled from New York City to Kathmandu, Nepal to seek out the Ancient One—someone Strange has heard can perform medical miracles. Finally confronting the Ancient One, Strange interrogates her as to how she can heal what should be forever broken. She gets all metaphysical, going on about how one’s soul can heal his or her physical wounds. Strange doesn’t buy it. Out of nowhere, the Ancient One delivers a punch to Strange’s chest that knocks his soul out of his body and through a multitude of universes.

Strange is brought back to his body and is understandably completely bewildered by what he has seen. He is then thrown out of the temple, Kamar-Taj, and readmitted after one of the Ancient One’s students, Mordo, convinces the Ancient One to allow Strange entrance and training. Walking upstairs with Mordo to his room after this traumatic, yet alluring experience, Strange is handed a crinkled, ancient-looking piece of paper that reads, “Shamballa.”

“What is this?” Strange asks, expecting it to be some sort of spell.

This scene is a perfect microcosmic display of the entirety of Marvel and Disney’s newest superhero flick, Doctor Strange. Almost all of the film’s key scenes, built up with a heap of tension, are laced with this hysterical humor that is sure to have audiences crying with laughter for a minute or two. While this is all good and fun, the question is, besides this dynamic, what else is at play in Doctor Strange? What does Strange bring to the Marvel Cinematic Universe?

Benedict Cumberbatch plays the egotistical neurosurgeon who, after badly damaging his hands in a car crash, seeks out the Ancient One to heal him fully. The Ancient One shows Strange a different side of life—a view of the multiverse and how expansive it is. Mesmerized by what he has seen, Strange begs to be taught by the Ancient One and is granted his wish. Along the way, a former student of Kamar-Taj, Kaecilius, attacks the temple and threatens to break the order of the universe by sacrificing everyone on Earth to a being of the Dark Dimension, Dormammu.

If that last part sounds a little trippy, that’s because it really is. This film strays away from previous Marvel movies in that, even considering Thor and all of his people’s magical properties, Doctor Strange really builds a whole new universe for the MCU’s characters to work with. This is both intriguing and a bit worrying. Strange’s traversing multiple universes and his magical powers work well for this movie, but it will be interesting to see how the rest of Marvel’s cast of characters gets brought into the fold—Strange is seemingly so powerful that even Hulk and the series’ primary antagonist, Thanos, seem kind of obsolete and weak.

Doctor Strange’s biggest strength is by far its visuals. The film’s biggest set piece, the multiverse fight through Manhattan, is one of the most detailed and awe-inspiring spectacles in film history. This multiverse fighting, pulling bits of other universes into our universe, is present throughout the entirety of the film and really is a sight to behold.

The most captivating performance in Doctor Strange is Cumberbatch’s, as he handles the tension between the dramatic and comedic aspects of many of the film’s scenes really well. Otherwise, there’s not much going on with the rest of the film’s cast. Rachel McAdams plays your typical, boring superhero love interest. Tilda Swinton is your usual mystical kung-fu master/teacher—the Ancient One. And Chiwetel Ejiofor is just the other half of the Mordo-Strange buddy cop dynamic, though the film sets up his future role in the MCU rather nicely. Notably, Mads Mikkelsen’s villain, the rogue student Kaecilius, is weakly developed, though he looks rather menacing.

There’s a lot going on in Doctor Strange. Cumberbatch is a great addition to the already all-star cast of the MCU. This standalone origin story is fun, though it exhibits many of the typical problems of most Marvel standalone films—a poorly developed villain and subpar supporting characters. Marvel is at its best when it brings together its biggest heroes in its larger films. Doctor Strange is successful, holistically, in that it introduces Strange into the MCU. Now that we’ve gotten to know Strange, the filmmakers can throw him into the pot with the likes of Tony Stark, Steve Rogers, and Bruce Banner—that’s when the real fun begins. 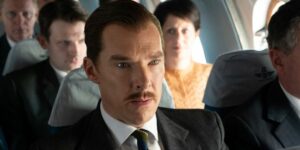 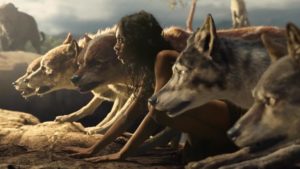