Martin O’Malley, the former governor of Maryland, will teach and lecture at Boston College this spring as the Rappaport Center for Law and Public Policy’s distinguished visiting professor.

O’Malley will teach Leadership and Data Driven Government, which will be offered to graduate students at BC Law School. He will also appear in several panel discussions as part of the Rappaport Distinguished Public Policy Series, which includes forums and conferences to address societal issues with public leaders. Previous distinguished visitors for the series include Wendy Sherman, Under Secretary of State for Political Affairs and lead negotiator of the Iran nuclear deal, and Donald Verrilli, the Solicitor General of the United States.

The Rappaport Center, which works with the Rappaport Institute for Greater Boston at Harvard University, came to BC Law School in 2015. It includes the Public Policy Series and the Rappaport Fellows Program, which funds summer internships for 12 law students from Boston-area colleges and universities.

“He’s such a good role model for them because he was the district attorney for Maryland, and then the mayor of Baltimore, and then the governor of Maryland, so he’s had a distinguished legal career of his own,” he said.

For the spring semester, the Rappaport Center is creating panels based around O’Malley’s interests. The topics of these panels will include gun control and the future of the Second Amendment, criminal justice reform, democracy and distrust, and lessons learned from the 2016 Presidential Election. O’Malley will either be a panelist or the moderator for these events, Cassidy said.

“He’s such a good role model for them because he was the district attorney for Maryland, and then the mayor of Baltimore, and then the governor of Maryland, so he’s had a distinguished legal career of his own.”

—Michael Cassidy, the faculty director of the Rappaport Center for Law and Public Policy

O’Malley said that he was busy for the fall semester—he’s currently teaching at Georgetown University and the University of Maryland—but he was available for the spring semester.

The Rappaport Center has not yet chosen who will fill the position next fall. It is waiting for the presidential election to end because there will be many high-profile politicians who will be looking for employment opportunities, Cassidy said.

While the Rappaport Center offers graduate students a unique opportunity to work with prominent public figures, Cassidy said it also offers politicians an opportunity to take a break from working in the government.

“One of the goals of the Rappaport distinguished visitor is not only to give our students a role model of lawyers and public servants but also give lawyers and public servants an opportunity to step out of public service and look at government from an academic perspective for a short time,” he said. “So we’re confident that there will be some really interesting and high-profile people stepping out of government this spring.”

While O’Malley’s classes are offered only to law school students, undergraduates are welcome to attend his panel discussions. One of them, Cassidy said, may be held in Robsham Theater to reach as many students as possible.

“We think that the Rappaport Center has made really great contributions to the conversations about government on the BC campus, and we hope to get as many people involved as possible,” he said. 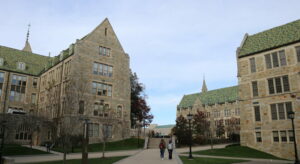 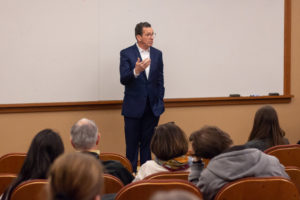 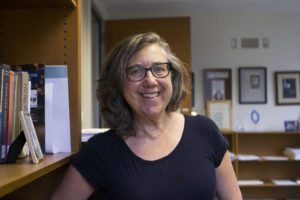