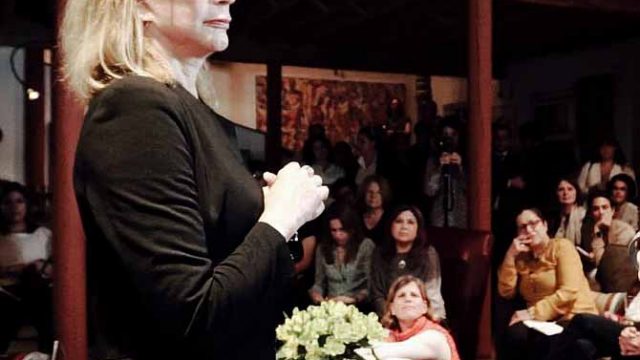 This month, a group of Latin American activists in Boston created a new organization to fight both gender discrimination and violence in the region. Venezuelan Women in Action or Mujeres Venezolanas en Accíon (MVA), the brainchild of its executive director, Ana Julia Jatar, aims to amplify the voices of survivors of violence by allowing women to tell their stories.

Victims of gender violence can often feel trapped in a cycle of oppression, one that silences them through fear and perpetuates the status quo. When violence manifests itself in the form of political violence, as it has in Venezuela, the cross-sectional population of those who are oppressed from multiple sources, such as women, experience an incomprehensible trauma.

Working within the city, Jatar has created a network of Venezuelan women who share her passion toward ending gender violence. The goal of MVA includes raising awareness through victims’ stories in order to promote international solidarity and to ultimately end gender violence in Venezuela. It works to inspire people to stand in solidarity with Venezuelan women by informing the public about the violence that they have faced and continued to endure.

Venezuelan Women in Action is currently working on its upcoming event, 16 Days Against Gender Violence, which will highlight 16 different women who have been victims of political violence who are willing to share their testimonies despite their fear. It will commence on the International Day for the Elimination of Violence against Women, Nov. 25, and end on Dec. 10, the International Day for Human Rights, so that people around the world can engage in defending women’s rights and provide a common platform to connect with world-wide suffering.

Jatar, who has lived in the U.S. for 13 years, is a journalist who was worked for human rights, women’s rights, and prisoner rights, and is the chief editor of El Planeta, a Latino community news source in Boston. She mentioned that currently, MVA has taken priority over any other occupation despite her eclectic life.

“I have seen along the years an increasing lack of freedom in Venezuela,” Jatar said. “So many women have suffered violence from the public forces.”

When living in Venezuela, she once asked the local police about how women were treated when taken by the police, to which they said that their practices were uniform, regardless of gender. This encounter, coupled with many other physical examples of violence, fed her passion toward the injustices around her and the need to make the world aware of the violence against women in Venezuela, despite institutional denial and backlash. She has seen so many interviews of victims that she has a special appreciation for the powerful effect their words have.

As for MVA’s location in Boston, Jatar marveled at the immediately positive reaction she received from the community in the beginning stages of the NGO. With a fantastic board of advisors, Jatar has fostered her passion as well as cultivated the same feelings in those around her, and she was surprised just how committed and inspiring the help of others has been. Very soon after starting, 60 people showed their eagerness to help in MVA’s efforts, which led to the development of an ambassador program within the NGO. Next year, MVA has chosen to focus on political violence around the world, not only toward women, but including all forms of violence.

She also recalled how incredible it has been to witness the unity and strength of women who, despite being subject to so much violence, still foster the desire to fight against the injustices at hand and speak out and collaborate toward social change. The effects of bringing women together for this type of action prove astounding in her eyes.

“Since I have taken this journey, I will defend women’s rights until I die,” Jatar said.

For the future, Jatar’s hopes for Venezuelan society are simple: to see a genuine respect for women as people, not objects. This goal, one that sits at the zenith of many progressive movements around the world, for her, is of the utmost importance. 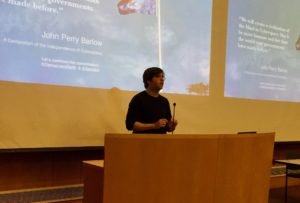