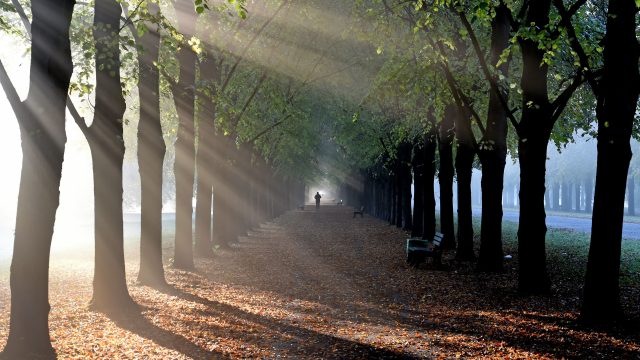 Feeling Like the World’s Been Turned Upside Down –  Wooooaaaaaahhhhhh.

Grease – You’re sitting across from your best pal Roderick, enjoying a fine lunch at John M. Corcoran Commons, discussing ancient houses and premature burial, as you often do. Roderick takes a big ol’ bite of his steak and cheese and as he puts it away, you see an explosion of grease coating the entire lower half of his face. It’s a strange and horrifying combination of steak fat, chipotle sauce, bread crumbs, and vegetable juices. Being a polite little chipmunk, you don’t show your disgust, expecting Roderick to reach for a napkin. Instead he just continues the conversation, his lips smacking together as grease dribbles down his lips and flies with every syllable. The glint of light off of his greasy, greasy, greasy chin is nearly blinding. You try to speak, but find that every few words you gag loudly. Keeping your head lowered to avoid eye contact, you casually pick up a napkin and clean Roderick’s face. It had to be done.

Walking Down the Middle of the Stairs – Stay on the right. Or even the left, if you want to be a nonconformist. Just please don’t slowly meander down the middle of the stairs so that no one can pass you. Some of us have rutabagas to harvest, pal.

Trailblazing – Has anyone ever reversed the Thumbs Up / Thumbs Down order before? I don’t think so. There’s nothing quite like blazing a few trails, exploring new worlds, leaving your mark permanently etched in the pantheon of college journalism. Look at this. It’s like Neil Armstrong taking his first step on the moon, except Stanley Kubrick isn’t involved.

Classic TU/TD – Dropping moon landing conspiracy theories left and right, reversing orders of things, being unbelievably full of ourselves. Yessir. Only two more of these left, gotta get all this stuff out there before the power of the thumb is passed on to someone else.

Suddenly Remembering that Your Time on Earth is Limited and Everything You Do is Finite and We Are All Slowly Decaying – This can be a somewhat unpleasant sensation. Oh wait, this is Thumbs Up now because of the order switch. Shoot. Well, rules are rules … Don’t you just love thinking about death? It’s a real blast.