Home » Previewing BC Basketball 2016-17: What to Expect From Nicholls State 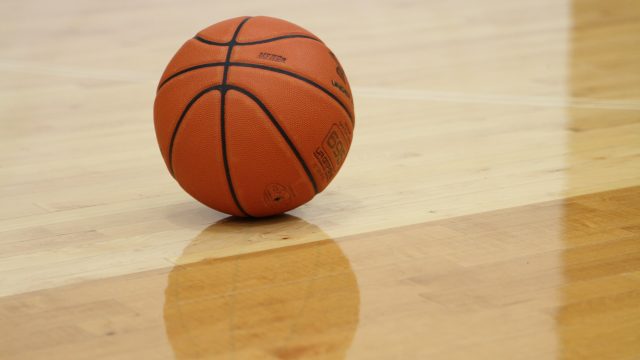 Previewing BC Basketball 2016-17: What to Expect From Nicholls State

The Colonels dropped each of these games by an average of 33 points. Unfortunately for Nicholls State, its play against the country’s major basketball programs did not improve with time. Close to one year ago today, the Southland Conference representatives suffered a 47-point loss to Florida State.

Naturally, this season will begin at the doorstep of another ACC foe. But this time, it’s no David and Goliath matchup. The team will travel to Chestnut Hill on Friday to take on Boston College—a team that finished last season as the first ACC team to boast a winless conference record since Maryland in 1986-87.

Following the infamous record, BC pressed the restart button. Out went the seniors, and in came four freshmen and three graduate student transfers. With only three upperclassmen on the Eagles’ roster, head coach Jim Christian continues to build his team around the youth—a process he started last year. The result:

“This is my 16th year as a head coach, and this is probably the fastest team I’ve had,” Christian said.

Planning to run a fast break offense, the Eagles will look to feature a high-flying attack. Sophomore and returning team-leader in points, assists, and steals, Jerome Robinson, describes this version of BC as one that is “going to be fun to watch”. Robinson’s description applies to more than just the Eagle’s style of play. The players will even don new uniforms in the season opener.

But BC has to ask itself if it’s playing too fast. In its exhibition game against Stonehill on Nov. 3, the Eagles turned the ball over 16 times. And that was at the hands of a Division II program. Additionally, after two halves, they only recorded four fast-break points. For a team that aspires to rely upon its quickness to create offensive opportunities, this statistic raises concerns.

If there is ever a time to get the ball rolling, it’s Friday night. Last season, the Colonels turned the ball over 15.7 times per game and were consistently outworked on the glass. Mo Jeffers, Connar Tava, and A.J. Turner will have the chance to capitalize in the paint. After hauling in rebounds, the Eagles big men can easily send the ball down the court to their streaking guards.

Nevertheless, this run-and-gun strategy poses risks, some of which were already seen in the their victory over the Skyhawks. A high-octane offense is often responsible for creating, but also for allowing scoring runs. In a game that was considered a guaranteed-win for BC, there were 12 lead changes, as both sides repeatedly swapped runs.

To be effective, BC guards must be conscious of the pace of the game. If production staggers, whoever is bringing the ball up, whether it be Robinson or Ky Bowman, should switch to a half-court offense. Despite not running in transition, BC can still distribute quick punches on the other end, due to its athleticism. Agility on and off the ball, as well as swift rotations around the perimeter, will eventually create open shots.

Unlike BC, Nicholls State’s top-five returning scorers are seniors. Each of these players can put the ball in the basket, as the Colonels displayed a balanced attack just one season ago. Three of the five (Ja’Dante’ Frye, Liam Thomas, and Johnathan Bell) averaged over 8 points a contest. The Eagles will have to play sound defense all around the board if they wish to create separation at any point of this game. Frye, who put up 12.5 points per game and shot 47.2 percent from the field during the 2015-16 season, is Nicholls State’s most lethal weapon. The senior forward has the potential to take over the game every time he laces up—he posted seven 20-point performances in the Colonels most recent campaign.

If Frye gets hot, he could very well challenge Robinson or Turner to finish as the game’s leading scorer. Another noteworthy matchup will be the inside battle between Thomas and Jeffers. Thomas, a 7-footer, will tower over Jeffers, a natural forward who is only listed at 6-foot-9. Despite dominating the paint this past week, outscoring Stonehill 56-22, the undersized Eagles may have trouble penetrating the Thomas-led Colonel defense. Look for 6-foot-10 center-forward hybrid Johncarlos Reyes to earn valuable minutes, as Christian will probably try compensate for the team’s height disparity.

More than half of BC’s scoring came from the touch of Robinson and Jeffers in last week’s exhibition. If Jeffers is hampered inside, someone else will have to step up. Watch out for Turner—this could be the first glimpse of a Robinson-Turner scoring tandem. The two highly-recruited sophomores appear ready to take hold of this Eagles team.

Regardless of the scoring dynamic, BC needs a victory. But even that is not enough. Last season, the Eagles got off to a 4-0 start. The ensuing 28 games: 3-25. Christian’s group needs to manhandle Nicholls State. For this maturing team, confidence is the main ingredient for success.

men's basketball nicholls state
Seminoles Pose Yet Another Strong Challenge to BC
In Boston Common, a Peaceful Rally for Love