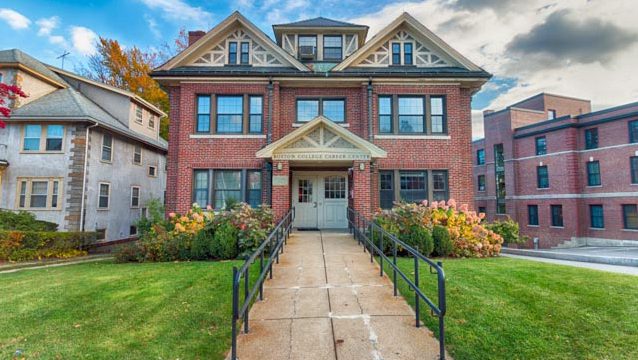 Grappling with maintaining a steady GPA, the Eagles’ football record, and a social life can be a lot for a Boston College student, and often post-graduation career plans are forced to take a back seat. With the arrival of Joseph DuPont, the associate vice president for student affairs, however, the Career Center has undertaken an initiative to increase student outreach.

The Career Center works to provide BC students with a resource for all facets of their career-related needs, including resume building, finding internships, and figuring out what career they may want. Having worked for the career centers at New York University and at Brandeis University, where he headed the program, DuPont was well-versed in the operation of such an program.

While the Career Center has typically relied on word of mouth to get students in the front door, DuPont, upon his arrival in 2014, set to change that through making the expansion and reach of their message an immediate priority.

Under DuPont’s leadership over the past two years, the Career Center has drastically increased its outreach to students on campus through the creation of new programs and a skyrocketing social media presence.

“The Career Center is more outward facing,” DuPont said. “We’re trying to let students know that they don’t have to know what they want to do to come here and make that a much bigger part of our mission. There’s almost this myth that to come to the Career Center students need to know what they want to do when in fact it’s almost the reverse, we’re really here to help students figure it out and walk them through the career selection process so they can graduate with a plan in hand.”

DuPont has worked to create new programs for students in order to provide services and make students aware of  what the Career Center can do such as Launch, Endeavor, and Careerfest. As opposed to the past when events were more broad in scope, each event caters to specific career-related needs, with Endeavor being a three-day career exploration event in January, and Launch, a daylong conference in October for juniors and seniors to understand the rapidly approaching job hunt.

While the Career Center usually kicks the year off with the Fall Career Fair, this year DuPont instead opted to start the year with Careerfest. Unlike the formal and sometimes intimidating nature of a career fair, Careerfest was lighthearted and carnival-like in nature, showcasing the different opportunities the Career Center provides in a fun and approachable manner. The event was a massive success, with over 700 students in attendance.

“We understand that students want services that are tailored to them and customized for where they are,” DuPont said. “So with Careerfest people can come in and see the wide array of things that we do that becomes a lot more clear.”

DuPont’s social-media blitz reached a high point this year, with the debut of the Peer Career Advisor Marketing and Outreach teams. The Peer Career Advisors are made up of outstanding undergraduate students who are then trained by the Career Center on various career-related topics. Made up of 10 students and headed by a graduate student, the teams focus on promoting the Career Center to students via social media and through pairing with groups, clubs, and organizations already present on campus. Coupled with those functions, the Peer Career Advisors also hold drop-in hours, during which students can take Linkedin photos, polish up resumes, and explore possible career paths, along with  other career-oriented activities.

“We saw that there was a need for the Career Center to be more involved on campus and to get the word out to students about all the programs, services, and resources provided,” said Alyssa Rametta, the graduate assistant at the Career Center.

The PCA Marketing team has been working on improving the social media outreach to students in ways that regular Career Center staff would not think of. One of these is Career Tip Tuesday videos, a series of weekly videos produced by the marketing team, in which it showcases a career tip or trick such as how to make a first impression in a somewhat humorous way.

“Prior to having the marketing team this year, we didn’t have much of a social media presence,” said Kaitlin Poor, a peer career advisor and LSOE ’17. “Now we post on Facebook, Twitter, and Instagram about events, article highlights, profiles on alumni and faculty, and our Career Tip Tuesday videos.”

Building off of this success and with an eye toward the future, DuPont plans to continue increasing use of social media and consequently the Career Center’s reputation as an easily accessible resource for students.