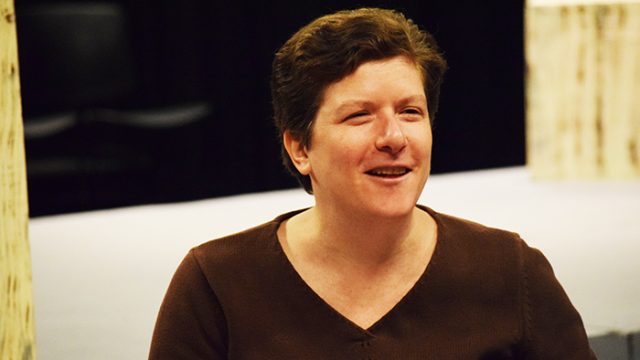 Renowned playwright Sheri Wilner engaged an intimate audience of Boston College students on Saturday afternoon about how to launch their own writing-based careers in the arts. She spoke in the Bonn Studio in Robsham Theater.

Wilner’s wealth of work has been produced at several major theaters, both regional and national, and has been published in over a dozen anthologies. Wilner will teach two courses in the BC theatre department next semester as the Monan Professor in Theatre Arts.

One course will be about contemporary female playwrights. Wilner plans to collaborate with multiple female writers native to Boston for this course. She will also teach an issue-based course, in which students will address hot-button problems relevant in current events through their creative playwriting. In the spring, Wilner will bring Kingdom City to BC’s stage, a play surrounding a real-life incident of conservative hostility toward a female director’s work.

Wilner opened her talk by explaining how she must begin with the impractical notions surrounding playwriting before moving onto the practical.

Wilner stressed the importance of finding a unique voice and materializing that voice in ways that may clash with current trends. Replication originates from a place of cynicism in attempting to merely pursue what seems popular and successful, she said. Wilner encouraged students to delve into their passions through nonlinear forms of storytelling.

She next addressed the phase between having capable vision and creating work incapable of reflecting such vision, a phase that tends to prevent writers from reaching their full potentials. The only way writers can breach this period is to write incessantly and to never stray from the vision that motivated them in the first place.

Wilner transitioned into explaining the practical aspects of playwriting by reviewing resources in Boston that foster new writers. She recommended StageSource.com, a website that lists production as well as acting jobs in the area and offers a profile page feature that can be useful for networking with other people in the field.

She also recommended PlaywrightsPlatform.org as a means for setting up readings of original plays. She said that readings are essential to a blossoming playwright because they create a low-stakes environment in which to gauge audience responses. Local theatre companies such as Speakeasy Stage offer internships and script submission outlets that can assist in networking and possibly getting a foot in the door of production.

On a larger scale, Wilner urged prospective playwrights to join playwriting organizations. Membership in the Dramatists Guild of America, a guild of playwrights, composers, lyricists, and librettists, offers creative guidance through interviews and talks with established playwrights and legal guidance through reviewing contracts initiated by theatre companies and protecting writers from unfavorable theaters. The Playwrights’ Center, a non-profit theatre organization that supports playwrights, provides connections to fellowships as well as resources to begin workshopping one’s work.

Wilner emphasized submitting in great multitudes plays to any and all festivals and theatrical spaces. Statistics worked in her favor through the amount of her submissions, and they led to the further exposure of her work. She explained that cultivating contacts whenever possible is also beneficial, and forming writers’ groups among these contacts aids all parties involved because they provide each other with feedback.

Concerning MFA programs, Wilner stressed taking an interim between undergraduate and graduate studies, so as to allow growth through real-world experience. She assumed this same position regarding experience when faced with the issue of finding an agent—agents only become a factor after a writer’s work is already in production.

Wilner concluded by framing her pursuit of playwriting as a passion rather than a results-focused effort. She encouraged persistence in this journey, saying that with hard work, you will find an audience. 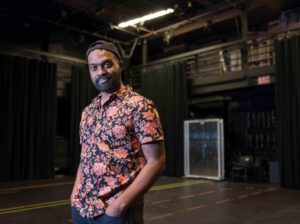 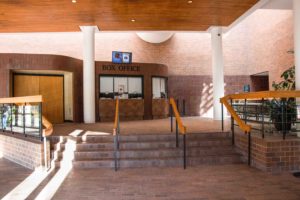