Home » Soundtracks Coalesce for a Wistful “Night at the Movies” 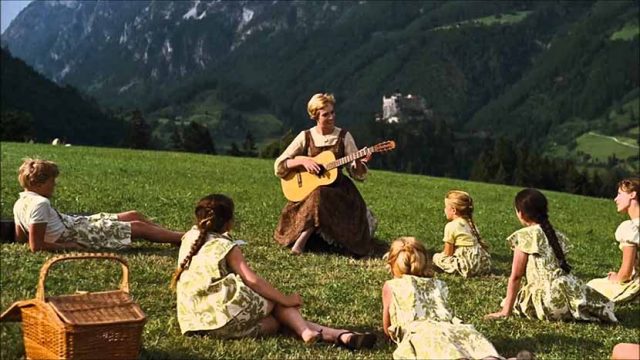 Soundtracks Coalesce for a Wistful “Night at the Movies”

The splattering of raindrops was audible everywhere on campus throughout the day. An ominous sky hung heavily over Gasson’s sharp, Gothic architecture. The bitterly cold windchills kept everyone on edge. This kind of forecast called for “A Night at the Movies.” During such a busy time of the year, rife with exams, final projects, and the year’s eminent close, the Boston College Symphonic Orchestra’s “Night at the Movies” was a getaway from looming stresses.

A great audience came to support the group. Ranging from grandparents to young siblings, there were many proud and excited audience members excited to see the show. Snapping photos of their favorite performers throughout the show, loved ones were excited to see the wonderful performance that was given to them. The music of the show was equally as wide-ranging as the audience. Featuring music from The Sound of Music, Jurassic Park, Star Wars: The Force Awakens, Home Alone, and Mary Poppins, there was something in this show for everyone. Each selection was a melody composed of tracks from the soundtrack of each film. The transition between different songs in the arrangements was seamless, just like a change from scene to scene in a movie.

Each classic movie soundtrack appeared to be selected with great care to be relevant to each member of the audience. Grandmothers and granddaughters alike were able to tap their feet to the melody of “Supercalifragilisticexpialidocious,” or sway back and forth to “Sixteen Going on Seventeen.”

The favorite collection of the night seemed to be The Sound of Music. A beloved film in countless households, the movie’s songs brought smiles to the faces of many. The horns warmly introduced the song “The Sound of Music” with flutes chiming in to replace some of the higher-pitched voices. Following this came a cascade of other pieces from the remainder of the movie including “Doe a Deer,” “My Favorite Things,” and, of course, “Edelweiss.” Many members of the audience mouthed the words during the rendition on the oboe. Listening to this music brings people back to the time in their lives when they originally heard the music and watched the movie. For some, it was a tradition during the holidays with hot chocolate by the fire. For others, it was during family movie nights with popcorn and candy.

The conductor, David Healy, assistant director of bands at BC, specifically addressed how much he loved the music in this concert. He noted that he loved how he was able to share in the music with his children. The music they were all listening to was something almost everyone should able to relate to in the same way, with the same admiration and wonder.

Each member of the ensemble made the pieces come to life by singing out the melody in some spots and harmonizing in others. The Boston College Symphonic Band is composed of 83 members, many of whom have either graduated or are at a higher level than the undergraduates. The conductor made a point of this by asking every non-undergraduate member of the group to stand. It was surprising to see so much of the group standing.

There is also something to be said for people who make time to keep pursuing their passions for music. Music is a gift, and it is a wonderful thing to be able to express oneself with and to share with others. It can make people laugh, cry, and, perhaps most importantly, it can make people think. Tuesday night’s performance was able to bring people together with music selections loved by all.

a night at the movies
Tonight, Fuel America Transforms Into a Literary Showcase
In Flux: New Perspective and Photos from the Syrian Refugee Crisis