Home » The Commonness of Racism 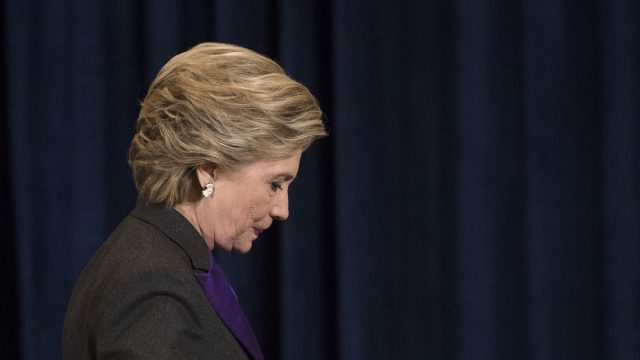 The Commonness of Racism

I am insulted by all of the “grieving,” talk-back, and small group sessions that are now happening as a result of Hillary Clinton’s loss in the presidential election. It honestly hurts my feelings that it had to take a white woman’s loss in a presidential election for her supporters to suddenly be “woke” to the problems and concerns about America that social activist movements had pointed to long before this election.

When Terence Crutcher was shot and killed a few weeks ago in Tulsa, I was expected to be in class like it was any other day. There was no discussion, there was no school-wide letter from the Law School dean acknowledging what happened, and so there was no loss felt within and around the campus community that sparked a week of events and small group dialogues in the way that happened this past week. That disturbs me the most about this election, as Clinton’s supporters mourn her loss.

Racism and racist pandering and whistle-blowing were seen on both sides. It is obvious that it was up front and center with The Donald, but it’s disturbing to me that it’s ignored with regard to Clinton.

On the campaign trail, Clinton equated black people, writ large, with poverty. On a morning show whose listeners are primarily people of color, and black people specifically, when asked what she has in her purse, she responded that she has “hot sauce,” pandering to her (black) constituency.

Then there was the fact that Clinton largely underestimated her opponent and the intelligence of her voters of all races. She assumed that Donald Trump’s overtly racist ethos was so appalling and shocking to her voters and to racially marginalized voters that it would dissuade their vote. She was wrong. Clinton did not fully appreciate the reality of living on the margin as a person of color living in America. In fact, in Clinton’s concession speech she acknowledged that we as a country are more divisive than she thought. That remark alone is significant. It speaks to why she lost this election and to the America that she has been living in up until now. From that remark alone, she is saying that she has been living in an America devoid of racial implications. So then why did she automatically expect support from people of color?

I think the answer comes from white entitlement.

Clinton and her supporters largely underestimated the sophistication of voters of color, which is to say that there was not a complete acknowledgement of the America that people of color are conscious of and have experienced, and then, given this lack of understanding, the shock value of racism. As a black, working-class woman, I was shocked by very little that Trump said. I assume that the 30 percent Latino vote and the 8 percent black vote that Trump received feels similarly. America is racist, and has been since the beginning of its existence. This is a country whose economy was built on slave labor and still benefits from its effects. I am shocked that Clinton and her supporters are surprised at the outcome and at the overtly racist tactics used on the Republican side to secure votes from some white voters, such as playing on ignorance and white, working-class fear of the “other” with rhetoric about a wall to be built to keep Mexicans out of the country. Trump spoke to the ridiculousness of the supposed Mexican takeover of “American” jobs, never first realizing that the term “American” is as diverse as it is native. He also terrified his base about people who are not Christian, especially in regards to Muslims, being that Muslims should be feared if not seen as potential terrorists first. This motivated his proposed limitation of travel to the U.S. by Muslims living outside of America.

We can’t forget the way he proposes securing our borders and making America great again by deporting “illegal” immigrants living inside the U.S., with his first priority in actualizing this task being to deport “illegal” immigrants who are identified as criminals, never mind that statistically most criminals in this country are white males.

Then there is the sexual abuse issue. I am not sure which is worse: the fact that Trump has been accused of sexually assaulting women or that Clinton indeed has a history of accusing women of being liars when they come forward about their own alleged sexual experiences with her husband, even going so far as verbally assaulting women who came forward with their truth.

Another of his big-ticket policy agenda items is law and order with respect to increasing the level of police power amid existing strained relationships between police and communities and black communities, as well as repealing Roe v Wade by way of nominating a conservative Supreme Court justice.

Again, the shock element of his election tells me a lot. It’s confirming what I know to be true. There is in fact a White America, Black America, Latino America, Muslim America, Asian America, and Arab America. The lack of acknowledgement for this fact means that Clinton didn’t fully understand the people she was engaging with on the campaign trail, but yet expected their full support. Is that not white privilege? Or privilege breeded from being a member of the establishment?

Many of those who weren’t drawn to Trump for his racism were drawn to him because he is anti-establishment.

I acknowledge that Trump may not, in fact, act upon his claims, but part of his charisma and charm to some of the Others of America is that he talked about jobs and the economic insecurity that people feel, especially in the Rust Belt and in the Midwest, parts of our nation that have strong histories of manufacturing and industry, and where people of all colors are feeling the hurt of slashed pensions and outsourced jobs. People want to feel that they can contribute to their households in economically substantive ways.

“The Donald” gave language to the economic instability of the working class and middle class of America using a racist ethos. But it must be acknowledged that his racism is not uncommon in America.

Conservatism After Trump’s Win
The State of Rap