Home » LTE: Another Response to “Faculty FitBit Competition May Step Over the Line of Fair Play” 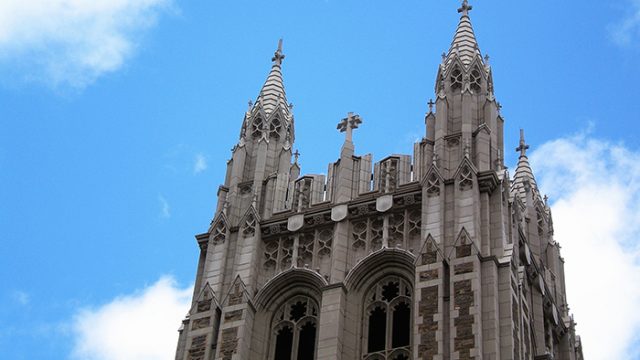 LTE: Another Response to “Faculty FitBit Competition May Step Over the Line of Fair Play”

I am writing in response to Donovan Recny’s article about the Walk Across Campus program and the Letter to the Editor it elicited from Jade Prickett and the Conte Force 1 team. While I stand behind the information I provided in my interview, I do believe that Mr. Recny should have sought corroborating evidence, and that people such as Anne Goroshko (she administers this program) and Jade Prickett or (Bono) Buonopoane and other members of the Conte Force 1 team should have been interviewed so as to include opposing views. However, as things stand, I feel a need to raise two important issues that have been lost in this limited conversation.

Issue 1: Are participants acting unethically? While this was not the major focus of the original article, it was the sole focus of Ms. Prickett’s response, and she chose to name and defend Giovanni (Bono) Buonopoane in her letter. Ms. Prickett writes that Bono “averages 40,000+ steps per day.” The truth is that from Oct. 15 (4:40 p.m.) to Oct. 21 (4:06 p.m.), Bono averaged 63,591 steps per day (28.9 miles per day). Following the publication of Mr. Recny’s article, Bono’s step count fell to 38,486 steps per day (17.6 miles per day) for the 11 days of Oct. 25 to Nov. 5. I will let the readers of The Heights draw their own conclusions and would welcome anyone to fact-check my data.

Issue 2: Does the Walk Across Campus program need to change its reward structure in order to stay viable? My complaint is not with the individuals who game this program. It is with a program that incentivizes behavior that would be punished if carried out by a student in one of our classes. Last semester, I suggested to Anne Goroshko, who runs Walk Across Campus that rather than having “winners,” they just put everyone who clears 10,000 steps per day into a lottery for prizes. This idea was politely rejected. Now we see that more than 300 participants from the Spring semester have left the program (1126 last semester to 815 this semester). Is this a coincidence or a response to the reward structure? Unfortunately, no one seems to be seeking the answer to this question. That is the real story that The Heights should pursue.