Even at a school without the stereotypical hypermasculinity of a frat scene, some male students still feel pressure to increase their “body count.” A panel hosted Thursday by the Undergraduate Government of Boston College (UGBC) titled “Decoding the BC Bro Culture” dove a little deeper to try to understand why.

Composed of two professors and two students, the panel comes as UGBC is also holding a “Masculinity Unmasked” photo campaign, which pairs interview responses with pictures of students talking about their experiences with the social expectations of masculinity and its negative effects.

“It’s all about quantity over quality,” said Andrew Owens, a communication professor who brought up the hookup culture as going hand-in-hand with the idea of a “body count.”

Owens also proudly affirmed his own sexuality and then called out the “DL culture,” or “down low culture,” at BC when it comes to sexual orientation. DL culture refers a sexual activity or relationship that is kept private because the person does not want to reveal his or her sexuality. Owens believes that DL culture is heavily influenced by the alpha-male mentality. He believes having this state of mind is not an authentic way of living.

Mike Sacco, the executive director of the Center of Student Formation and the newly appointed executive director of First Year Experience, provided his perspective on this issue. He reminded everyone of his annual talk at Orientation, during which he points out that incoming students are accustomed to being leaders. Many have a certain social clout in high school, he said, and must adjust to different roles when they come to campus.

“It’s a feeling of a loss of power,” Sacco said. “You’re taught that masculinity equals power. If you find you lose power, you try to gain it back by being hypermasculine.”

While Owens and Sacco examined “bro culture” from a professional perspective, Jesse Rascon, MCAS ’19, and Brian Paula, MCAS ’19, brought a more personal look at the situation. Both students felt that they were submerged in the culture of hypermasculinity, but chose to distance themselves from it.

“The best way to understand the concept of masculinity is to lose it.”

Rascon echoed Sacco’s sentiment that the “bro culture” at BC fosters an environment where men feel pressure to show restraint in expressing their feelings.

“Masculinity comes from a character consistent pattern of reserving emotions,” he said.

Rascon compared the ideas of masculinity he was exposed to before and after coming to BC, and said that wanting to exhibit strength is a primal quality. He said that different cultures do it in different ways, whether it be physically or financially—both of which he has noticed at BC. Seeing these different interactions led Rascon to dismiss masculinity altogether.

“The best way to understand the concept of masculinity is to lose it,” he said.

Rascon then shared an experience from back home in Miami, where his friend believed that being masculine meant being physically strong, aggressive, and able to defend yourself. After making a joke at a party, someone pulled a gun on his friend, threatening that ability. Rascon acknowledged that this idea of hypermasculinity comes with its own dangers and he had to learn how to deal with the situation.

Both Rascon and Paula come from Latino backgrounds and felt that it heavily influenced the way they were perceived within the “bro culture” at BC. The need to be the “alpha male,” however, existed for them before they arrived here. The mold at BC is just expressed in a different way, according to Paula, one that is socially constructed and results from the hookup culture. He believes young people are choosing to make and uphold the mold.

The panelists agreed that “bro culture” is something everyone on campus has the power to affect, and it all starts with a conversation.

“We need to call out this misogynistic, hegemonic behavior,” Sacco said.

Paula believes these ideas need to be challenged by both men and women. Sacco pointed out that sometimes it is easier for men to open up to their female friends because there is no pressure to show restricted emotions. Rascon implored students to have an open, honest discussion about the detriments of hypermasculinity.

“You guys have a lot of power,” he said. “You can challenge it. Your voice is just as valuable.” 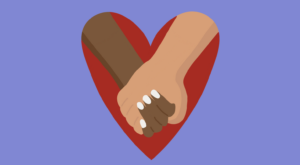