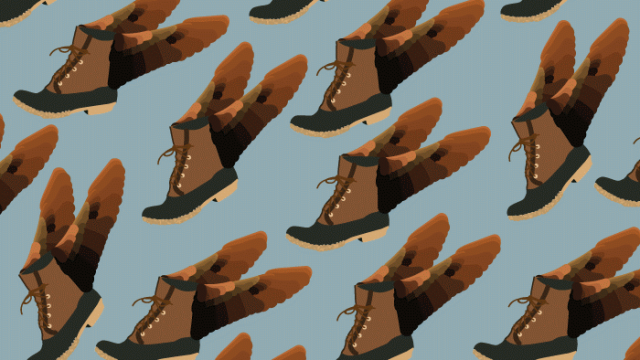 New Beginnings – Change is good, and it’s here. The new Thumbmeister has been coronated. The desk has been cleared of old Mac cups and a new set of thumbs pounds on the keyboard, ready to hail or condemn the very existence of the ordinary and the ridiculous. No one and nothing will be safe from the judgment of the thumbs. By the power of the thumbs may we all be exposed to the hyperbolic and real joys and pains of life. The legacy of the thumbs is great, and it will not be tarnished by this assuming pair. These thumbs will strive to be tantamount to those that came before, branding the absurd and contorting the normal. These thumbs are here to stay.

Duck Boots – Brown and tall, weatherproof and laced up. Duck Boots pound the Upper Campus stairs. One, two, three, seven pairs trod by, each squeaking emphatically underfoot. Suddenly, the boots sprout wings, and their wearers glide above the bustling 9 a.m. crowds. They soar above McElroy and over Stokes, bellowing quacks that bring the campus rush to a halt. The flock arrives atop the Gasson spire, and announce their lordship over the Heights. A lowly freshman cowers and cries in a random hammock tied between two trees nearby. His mom bought him goose boots. He didn’t get the memo.

Not Really Knowing Exactly What You’re Doing – The power of the thumbs is immense. With great thumbs, comes great responsibility. The myriad facets of the everyday and the nonsensical lie within the jurisdiction of this pair of directional appendages. But these thumbs are new, inexperienced. Novices in the thumb community. Cadets in the ranks of thumb wars. Rookies on the thumbball court. How could such thumbs ever live up to the specters of thumbs past? Will the old thumbs revolt, and take back their place upon the Thumbmeister throne? Only time will tell. Or it won’t. I suppose that could happen too.

When You Decide to Wear Your Duck Boots and Apparently So Did Everyone Else – Prior to the ascension of the Duck Boot flock as Heights royalty, a young freshman inclined to conformity pushes open the aggressively loud door to his hall. His brand new Duck Boots laced tight, he contemplates the broken pavement around him. It is broken like his heart. Freshmen have a lot of emotional problems. He carries on regardless, holding on to the aura of coolness pervading from his feet. Then, it hits him. He looks around. The essence does not extend from his feet. It is everywhere. He is aghast. The multitude of Duck Boots surrounding him bring him to his knees. The stench of overpriced rubber fills his lungs. He chokes, and falls over in the middle of the crowd. He is trampled, his agony unheard in an uproar of quacking. The Duck Boots steal his spirit. Soon, they will use it to take over the world.