To Protest Trump, Students Walk Out of Class

While the outcome of the 2016 presidential election may seem like a distant memory to some, Bostonians are striving to keep the election results at the forefront of the public memory. Many of those joining protests are students.

On Monday afternoon, hundreds of students—ranging from middle school age to college—walked out of their 1 p.m. classes to attend the Boston Student Walkout and protest the election of Donald Trump. Organized by a wide-range of ethnically and socioeconomically diverse students in the Boston area, the rally officially began at 2 p.m. as protesters gathered in front of the Boston Common gazebo.

With the crowd standing below them, the organizers positioned themselves inside the gazebo, using megaphones to lead the crowd in chants ranging from ‘No Trump, no KKK, no fascist, racist USA’ to ‘Street-by-street, block-by-block, we stand with Standing Rock.’

As participants flooded in, highlighted by an impressive contingent of students from the Massachusetts College of Art and Design carrying brightly colored signs, the organizers gained fire, and began to list off the demands for Massachusetts Governor Charlie Baker. These five demands—that Baker protect public education; protect vulnerable populations of students and their families; declare Massachusetts and Boston sanctuaries for immigrants; and denounce Trump’s connections to racist and white supremacist movements—served as the foundation for the Walkout.

The Walkout organizers, specifically 20-year-old Michael Jones from Boston Day and Evening Academy, also stressed the importance of the power in the youth’s voice through this form of protest. He believes that young people must stand in solidarity for nonviolent demonstrations to get themselves heard.

“The reason that [we are] standing up [with our demands] is that a lot of the things that Donald Trump will be putting policy towards … will affect the future, and the youth are the future,” Jones said. “It correlates all with that.”

And this voice was certainly heard throughout the afternoon.

During the first hour of the protest, organizers led chants with brief speeches from student speakers regarding the importance of each demand. Immediately following, organizers led the ever-growing group of protesters to the Massachusetts State House. As the large group slowly moved down the Common pathways, they continued to loudly chant and wave their signs. Cameras of various media outlets swarmed around them. Passersby looked on with curiosity, often joining from afar with shouts of encouragement.

Once there, the protesters continued loudly chanting and sharing stories centering on the organizers’ demands before sending a large delegation of students into the State House to present Baker with the demands. For many students, like Mike Wilkins, a sophomore at Northeastern University, this opportunity was ultimately the reason for skipping their afternoon classes and attending this walkout.

“Students need to stand in unity against Trump and against bigotry. We need to show in numbers how we don’t stand for all this horror, and we need the government to denounce Bannon,” Wilkins said in reference to Trump chief strategist Stephen Bannon. “We just want to talk to the governor and tell him our demands.”

In an interview with the Boston Herald, Boston Mayor Martin J. Walsh, WCAS ’09, took exception to student walkouts during school hours. Although Walsh expressed full support of the students’ rights to make their voices and concerns heard, he questioned the timing of their demonstration.

“I think they can do it after school,” Walsh said.

Wilkins, however, believes that walkouts exemplify just how much students are willing to sacrifice in order to make their own voices heard and stand up for those who are unable to.

Jones provides a different perspective on the issue. He explained that, that although the students in attendance value their educations, they value their futures as well and refuse to separate the two.

“Our future is under attack, so we want to show that this is what’s most effective, and we also that we use our education,” Jones said. “We view this as an educational time for us.”

The youth’s concern for the future was never more apparent than when a middle school girl addressed the crowd on the steps of the State House before the group marched to the City Hall.  Although the girl wished to remain anonymous, she expressed a shaking and emotional concern for what her future might hold, speaking on behalf of her friends. She believes that Trump does not represent the American people.

“[Trump] appeals to the dark side of people and brings that side out, and then we’re all going to become savages like the boys in Lord of the Flies,” she said. 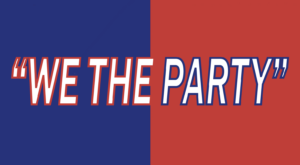 4 COMMENTS ON THIS POST To “To Protest Trump, Students Walk Out of Class”