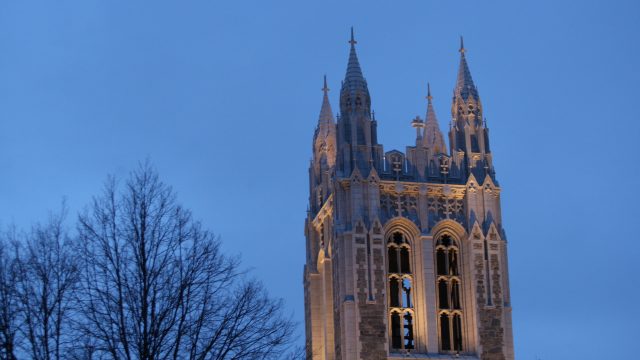 Over the summer, many events—especially the publicized incidents of police brutality and the Pulse nightclub shooting—have contributed to a growing tension and fear that marginalized communities across the nation are experiencing. This fall at Boston College, the vandalism of a Mod Lot sign with a homophobic slur in September and last month’s controversial election of Donald Trump gave a lot of attention to issues of diversity and inclusion, and resulted in a general increase in student activism on campus. University Counseling Services (UCS) will host an event focusing on these issues Tuesday in the Commons Room of 2150 Comm. Ave.

The event will feature a panel of both Student Affairs staff and faculty from various departments. The panelists will discuss different aspects of diversity and inclusion based on their fields of expertise, connecting their observations to campus culture.

“Our initial conversations happened towards the beginning of the semester,” said Julie AhnAllen, the assistant director of diversity and inclusion in UCS. “Many of the conversations surrounded more of the race-biased incidents happening around us and students’ distress about that.”

With the negative impact some marginalized groups have felt this fall, AhnAllen has also noted a growing demand for an official conversation on diversity within individual counseling sessions at UCS.

The panel, moderated by AhnAllen, will begin with opening remarks from Vice President for Student Affairs Barbara Jones, as well as Billy Soo, Vice Provost for Faculties. The panel will feature three professors and one member of the UCS staff, who will speak on the subject of diversity and inclusion within the context of their fields of expertise.

—Julie AhnAllen, the assistant director of diversity and inclusion in UCS

“As [Director of UCS Craig Burns] and I were talking about ways to bring the community together, the collaboration with the faculty piece came about,” AhnAllen said. “Students, obviously, spend a lot of their time in class and having these kinds of conversations with faculty, and as Student Affairs folks, we are trying to merge that gap between student life, student support, and what students talk about in their classes and classrooms.”

Regine Jean-Charles, who teaches African and African Diaspora Studies, will speak about reconciling frustration toward various events in the context of faith. Usha Tummala-Narra, an associate professor in counseling, developmental, and educational psychology department, will talk about the intersection of gender and race. John McDargh, a theology professor and an active member of the LGBTQ community on campus, will speak on bias incidents, how to respond to them, the impact they have on campus, and how to collectively move forward. Burns will be talking about the impact on mental health through the lense of trauma and bias.

The goal of the panel is to explore the different perspectives of diversity and inclusion from the panelists’ points of view, then move into the larger question of how to have conversations across differences and tension points while maintaining a supportive community. UCS hopes the event will help to create and sustain an ongoing conversation about how to respond to many social issues on campus, with a focus on how faculty and staff can help to support and engage the BC community.

While AhnAllen had extended the conversation to the Undergraduate Government of BC, because of the timing and logistics of the event, UGBC will not be involved. Student involvement in conversations about social issues on campus is always important, she said, but this collaboration between faculty and staff is meant to send a message to students that they are not the only ones responsible for starting these conversations on campus.

“I’m hoping many students will show up and join the conversation, but not feel like they need to necessarily lead the conversation.” AhnAllen said. “This is hopefully a way for us as faculty and staff to say, ‘Hey, we care about these issues, too. We would like to contribute to and have these conversations, too.’”

UCS hopes to continue this conversation next semester through an event focusing on what it means to be an ally, and how allies can show their support. AhnAllen hopes to involve UGBC more in next semester’s event.

Many students, AhnAllen noted, are afraid to say the wrong thing or offend those that are in pain. While talking about ways to engage the BC community about many struggles certain communities are facing, AhnAllen said that engaging the allies of these communities came to mind.

“It’s kind of acknowledged that these conversations surrounding change won’t really be that productive unless the community that feels pain and the community of allies really come together and work together,” AhnAllen said. 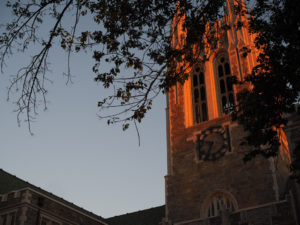