Home » The Enchantment of Boston’s Eataly 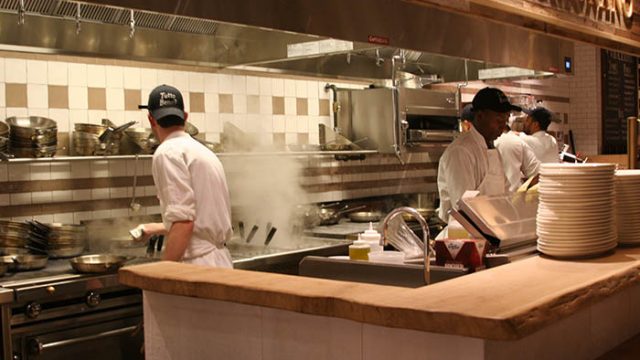 The Enchantment of Boston’s Eataly

If, like the city of Boston, you have not yet encountered an Eataly—there are other locations in the United States: two in New York City and one in Chicago—you may wonder exactly what it is. Is Eataly a specialty grocery story? Is it a restaurant? Is it a grab-and-go lunch destination? Well, it is all that and more.

Intrigued, perhaps you will make your way toward the Boston Eataly, located right in the middle of the Prudential Center and stretching across two floors of space. If you arrive at rush time, you may face waiting in the long line that snakes in front of the store’s entrance before you can even enter the store, prompting you to wonder if you should even bother going through all this trouble.

The answer is yes, you should bother. Get in line, because the store on the other side is well worth the wait.

Founded by Oscar Farinetti, who opened the first Italy-based Eataly in 2007, Eataly first arrived to the United States in 2010. Having since spread following wild success, Eataly, in the simplest of terms, is a giant Italian marketplace. But in reality, it is much more complex than that. This becomes obvious the moment that you step foot inside the Boston location.

After you are handed a map of Eataly’s layout to guide you through the different specialty sections scattered throughout, you might look around awestruck as you are carried forward into the store by the determined wave of people.

Your eyes will eagerly dart from counter to counter. The I Panini E Le Ciabatte counter, which features a stunning array of sandwiches and paninis, not to mention handcrafted potato chips, will catch your attention. The pastry bar, where beautifully composed small desserts glisten behind a glass case, will speak to your sweet tooth.

After seeing the case of pastries, you cannot help but investigate the Focacceria, where picturesque piles of rustic bread lie just behind a window. A stop here is essential, for the samples are plentiful and prove that the breads—all with the perfect crust and flavor—taste even better than they look.

Slightly overwhelmed by this point and afraid of missing anything, you may whiz through the rest of Eataly. You weave through the two sit-down restaurants located in the center of the store and quickly move past gelato and chocolate fountain stand, the butcher, the mozzarella lab, the Salumi E Formaggi counter, and the window behind which you can watch Eataly employees craft fresh pasta.

But take a breath, and take a cue from the shoppers calmly strolling through the aisles with baskets heaping with Italian foodstuffs in one hand, and a glass of wine in the other. Maybe stop by the bread counter again for another sample, and then set off again and slowly explore—thankfully Eataly isn’t going anywhere.

Having taken over a large space in the Prudential Center that originally housed a food court, Adam Saper, managing partner and CFO of Eataly, explained that the designers of the Eataly focused upon providing visitors with an easy-to-navigate store containing many counter-serve options.

“In a building like the Prudential Center we knew that weekday lunch was going to be a big focus for our customers,” Saper said in an email to The Heights. “We wanted to give them as many high-quality options as possible.”

But Saper explains that it isn’t just the wide range of over-the-counter options that makes Eataly Boston unique. Although the restaurants, counters, and specialty items within the store may hold similarities to those of other Eataly locations, they are specifically tailored to the Boston community in this location.

“We didn’t just build another Eataly here, we built Eataly Boston,” Saper said. “Our shelves and our house-made products are all filled with local ingredients.”

Such ingredients include everything from the local Island Creek oysters used within their two restaurants and their New England Charcuterie products, to the High Lawn milk that serves as the base for their house-made gelato.

Saper also points out the special focus of Eataly Boston, which is “dedicated to the sea” to allow Eataly to emphasize local fishermen while celebrating the city’s rich seafood tradition. The businesses also collaborated with Boston-based chef Barbara Lynch, a partnership that adds yet another personal touch to the location.

“We knew we had to do something special in our fish-focused restaurant, Il Pesce,” Saper said. “When you think of Boston food culture, and you think of seafood, who else comes to mind but Barbara Lynch. We are so proud to be working with her in Il Pesce, it’s helped us get even more connected to the local community.”

If you aren’t a fan of seafood, don’t fret. From its wildly popular pizza counter to its high-quality salad counter, Eataly Boston has plenty of equally-delicious, hand-crafted alternatives.

Saper advises visitors to keep their eyes peeled for the opening of Eataly Boston’s third restaurant, Terra. Located in a rooftop space, this grill-focused restaurant will open within the coming months, and will only add to Eataly Boston’s special magic. 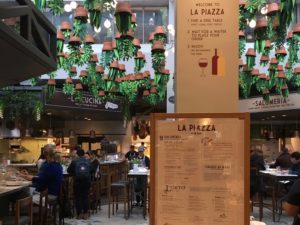 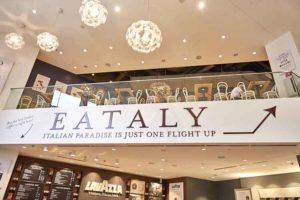