Home » ‘Jackie,’ Boston Pops, and Jingle Ball Tour This Weekend in the Arts
Arts, Movies, On Campus, Off Campus

‘Jackie,’ Boston Pops, and Jingle Ball Tour This Weekend in the Arts

This new exhibit celebrates all that is snowy, sparkling, and winter. Presented in the Reading Room in the O’Neill Library, the collection of art, literature, and science allows students to revel in the more somber side of the season.

Judging a Book By Its Cover: The History of Early Printed Books

Also located in the Reading Room of the O’Neill Library, this literary exhibit explores, “both the origins of the printed book as we know it today, and the resulting interaction between oral and written cultures,” according to the Boston College online events calendar.

Ruthless and unapologetic, Elizabeth Sloane is a cunning Washington, D.C. lobbyist with a target on her back. Played by Academy Award nominee Jessica Chastain, Sloane faces new, powerful enemies as she maintains her stance on regulations on firearms throughout the film in the hopes of coming out on top.

Likened to films such as Sinister and Insidious, this horror film stars David Mazouz as a child possessed by an evil demon and Aaron Eckhart as a scientist with the ability to enter the subconscious mind who has been sent in to save him.

Academy Award winner Natalie Portman’s new biopic puts her in the driver’s seat as a fascinatingly unstable, grieving Jacqueline Kennedy in the wake of her husband’s assassination.

Boston’s seasonal tradition continues as the Boston Pops perform a wide variety of holiday favorites as well as a Pops sing-a-long portion in Symphony Hall.

The iHeartRadio’s annual holiday musical event is back featuring artists such as Ariana Grande, Shawn Mendes, and Diplo. The TD Garden will be filled with pop culture’s stars ringing in the season by performing their latest hits. 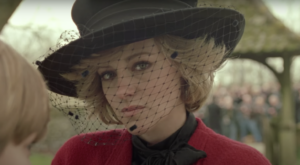