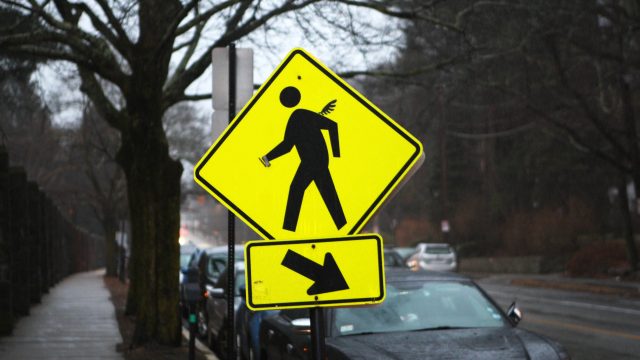 If you are Boston College student lucky enough to have a car on campus, you might want to make slowing down one of your resolutions for the new year.

Earlier this month, on Jan. 9, Boston’s new default speed limit went into effect, dropping from 30 mph to 25 mph. Even though the reduction is only five miles per hour, it greatly decreases the likelihood of a driver or pedestrian suffering injury in the event of collision. Not only are drivers given more time to react, but at 25 mph the chance of a pedestrian death decreases from 20 percent  to 12 percent.

After Governor Charlie Baker passed a law granting towns and cities the authority to lower their speed limits in the summer of 2016, Boston’s City Council approved the move to decrease the speed limit within city limits in late November.

Vineet Gupta, the Director of Policy and Planning of the Boston Transportation Department (BostonDOT), explained that before the movement was approved, Mayor Martin J. Walsh, WCAS ’09, other city officials, and BostonDOT worked with advocacy groups to build support for the initiative. Ultimately, it was the combined efforts of citizen advocacy groups and state legislators that helped pass this initiative.

Even though many steps had to be taken within the city government to decrease the speed limit within the city, the initiative falls under the far-reaching Vision Zero project.

Although  Boston had always been concerned with moving toward a greater level of safety on the city streets, it was in March of 2016 that Walsh announced that Boston would join the Vision Zero coalition. Born in Sweden during the late 1990s, Vision Zero is a now global initiative that aims to increase the safety on roads by eventually eliminating fatalities and dangerous crashes.

Within Boston, Walsh hopes to eliminate any traffic related fatalities or serious collisions by 2030. Gupta explains that Vision Zero acted as the driving force behind the 25 mph initiative. Vision Zero serves as a formalizing process for initiatives like the 25 mph policy, as it allows Boston to join cities around the country—and around the world—to take collective action in reducing crashed on city streets.

A large concern for the officials behind this initiative was spreading word about the speed limit reduction throughout the city. Gupta explained that there were two dimensions to addressing this concern: educating the public and enforcing the new regulation.

In order to sufficiently spread awareness throughout the public, Gupta explains that officials launched an education campaign. Large posters were not only hung throughout the city and on the T, but advocacy groups also aided the city in spreading the news. A massive email campaign also served as an effective tool in bringing the change to the public’s attention.

As far as enforcing the new speed limit, Gupta explained that while the city of Boston is not legally allowed to use speed cameras to detect and fine drivers exceeding the speed limit—a regulation that is the case in many areas around the country—they do have alternative methods. One such method is a sign that confronts drivers with their own speeds.

“In areas where we have notices that there are some streets that are showing higher speeds than others, we have installed signs that use radar to monitor the speed [of the passing car],” Gupta said. “When you’re going too fast they start to flash.”

In addition to signs like these, the Boston Police Department also expressed their commitment to enforcing the new speed limit.

“The BPD will have officers observing and enforcing the new speed limit and encourage motorists to voluntarily adhere to the new limits with the goal of keeping the traveling public safe,” Lt. Mike McCarthy said in an email.

City officials also encourage Bostonians to spread the word among themselves about the new initiative. In addition to using Twibbon to change your Facebook or Twitter profile to one that supports the initiative, the city also provides a series of posters that citizens can download and print out. These posters, which are available in six languages, use clean graphics to explain the change and the facts behind it.

The initiative is still in its early days, but as of now, there have been no complaints regarding the speed limit reduction. For those concerned that the speed limit decrease might increase the congestion of traffic in the city, Gupta explains that fast traffic does not guarantee an efficient flow of traffic. In many areas of the city, such as Back Bay, traffic lights are timed so that drivers going 25 mph will consistently hit green lights. If a driver goes above that, they are more likely to encounter a red light.

Far from any complaints, the Boston public has met this initiative with overwhelming support thus far.

“Everyone thinks that it’s the right thing to do because keeping the speed down dramatically reduces the possibility of a serious injury or even a fatality in a collision,” Gupta said.