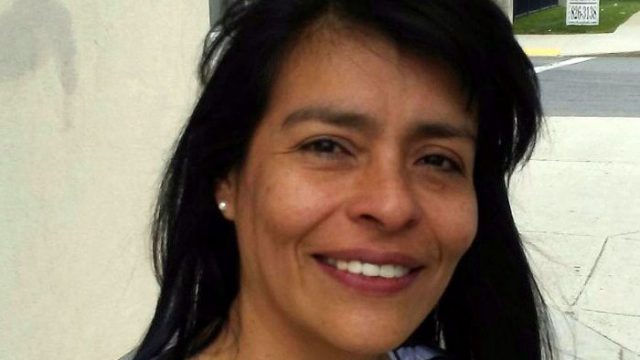 Maria Gonzalez, a popular member of the Eagle’s Nest dining staff known for her friendly disposition and care for Boston College students, was let go from BC Dining before Winter Break. A famous face on campus, students would wait in long lines at Eagle’s Nest each day to have their sandwiches specially made by her.

Gonzalez was hired as an employee three years ago through Snelling, a temporary employment agency. She knew that she would not be a permanent employee of BC Dining, but did not expect to be let go so suddenly in December.

When Gonzalez went to the dining manager’s office after her last shift to ask about her hours for second semester, an assistant to the manager informed her that she would not be working at BC the following semester. In a phone interview on Wednesday, Gonzalez expressed confusion over her dismissal.

“They didn’t give me any other reason,” Gonzalez said. “Just ‘we don’t need you anymore.’ They didn’t even say ‘thank you.’ That’s the most aggravating thing.”

BC Dining hires approximately 90 temporary employees and 800 BC students and local high school students to fill up open employment slots, according to Director of BC Dining Services Elizabeth Emery. BC Dining only uses an outside temporary agency, such as Snelling, when it has been unable to fill an open slot with a BC hire. Gonzalez’s firing was due to her spot being filled by a BC employee after BC Dining hosted a recruiting fair that attracted many new employees.

“We have filled the open position with a Boston College employee and informed the temporary agency and met with Maria personally,” Emery said in an email. “We thank Maria for her service to the BC students and community.”

Gonzalez was also upset that she did not have a chance to say goodbye to students, many of whom she had become close with over the years. She had the cell phone numbers of some of the students closest to her and decided to call them on Monday to let them know she would no longer be working at Eagle’s Nest.

Andrew Kubicek, CSOM ’19, was upset when he got the phone call from Maria. He immediately went to Facebook to share his frustration and created the petition. Hundreds of students received Facebook notifications on Monday afternoon that they had been invited to an event titled “Eagle’s Nest Boycott: They Fired Maria!”

“It has come to my attention that our beloved Maria from Eagles [sic] Nest has been fired and will not be making our Tuscan Chickens anymore,” the private event description states. “Seeing Maria was the highlight of many of our days and in an effort to get her back at BC there will be a boycott on all of Eagles [sic] Nest. BC can take our money but they can’t take our Maria!”

Over 400 people were invited to the event on Facebook.

“She felt caught off guard,” Kubicek said. “She knew it couldn’t have been a performance issue.”

Some students are confused about why Gonzalez, one of the most beloved members of the dining staff, was the one that was picked to be replaced from the pool of employees from temporary agencies.

“It made me feel so bad because I had been working so hard for the students,” Gonzalez said. “I treated them like they were my own kids.”

“It’s that mom feeling,” Gonzalez said. “That’s how I felt for you guys.”

Gonzalez began a new full-time job at Brigham and Women’s Hospital on Monday, but said she misses working at BC. Although she did not get the chance to say goodbye to students, she wants to thank them for everything.

“I would have loved to tell them goodbye and thank you,” Gonzalez said. “Behave and be a good boy and girl. I love them too.”