Home » In Defense of the Superfans 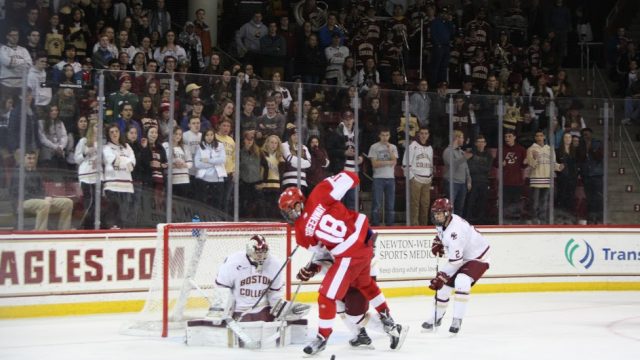 In Defense of the Superfans

Fans can make or break a game day experience.

That seems really obvious, but it’s true. Just ask Seattle. The Seahawks’ fans, collectively known as the 12th Man, are famous—in recent years, at least—for their earthquaking (literally) noise at home games. Since the start of the Pete Carroll era, Seahawks fans have gone from being mere spectators on the sidelines to actually being an influential presence during games.

On the flip side of that, you can take a look at my Washington Redskins. After years of shocking mismanagement from high-level executives (read: Dan Snyder and Vinny Cerrato), fans grew more and more fed up and increasingly decided to stay home from FedEx Field on Sundays. As a result, several “party decks” installed in 2011 have now been covered up, as the stadium is far bigger than what is needed. The only Redskins game I have ever seen in person was an embarrassing 27-7 loss to the Buccaneers during which the fans were listless and quiet. It was far from the earth-shattering devotion of Seahawks fans, and it meant that home field advantage was pretty much nullified for my ’Skins. Even as the their fortunes rise, many of my fellow fans still opt to sit out the official game day experience in Landover.

The point is, when fans get into the game, it can really make a difference. I think everyone can agree on that. And most of the time, everyone can agree whether or not a fan section was rowdy enough, or made itself known in a big way. But sometimes there’s disagreement on this subject.

Arthur Bailin of BC Interruption wrote about his thoughts on the Boston College-Boston University men’s hockey series earlier this week. He offered three takeaways from the series, including this: “The Student Section Needs Immediate and Fundamental Help.” He argued that the student section, while packed with fans, was more on the “apathetic” side of things than passionate during Monday night’s game. And he cited the “absolute lack of student section attendance throughout the season” as a possible reason why the student section is, by his standards, “unacceptable” right now.

Yes, the student support for sports here in general is not huge. But honestly, who can blame the students? A decade ago, Matt Ryan was leading BC football while Jared Dudley ran the court at Conte Forum. Ever since then, students have had little to celebrate for these big-name sports. For the past several years, football and both basketball teams have struggled to remain competitive in the ACC, a conference the Eagles joined in a controversial manner after walking over all their opponents in the Big East. Back then, it seemed that BC would remain competitive and a top threat in the ACC even as a newcomer to the conference. A harsh reality soon set in as the highest-profile teams began to suffer. Fans walking out early or skipping games altogether sent a message: We don’t approve of this. After all, the messages students and fans have tried to send to administration about their opinions on coaches and athletics staff have largely been completely ignored, so what better way to get the attention they want than to leave empty seats at Conte and Alumni?

Besides, it isn’t like the students are the only people not represented at games. I think it’s shortsighted to place blame solely on students and not recognize that the community at large could be a lot more supportive of the Eagles. You will never walk into Conte Forum or Alumni Stadium and see the student section half-empty, but every other seat in the house full. Having a completely packed student section without the support of the community is not the right answer. BC must find a way to reach out to everyone to boost attendance, as it seems the “Boston’s College” campaign isn’t working out as well as the University would’ve hoped.

But discussing football and basketball is a separate issue for a different time. Right now, we’re talking hockey—and hockey is a different story.

USCHO.com ranks BC at No. 14 on its list of men’s hockey attendance across the country. In the 2015-16 season, BC averaged almost 5,000 fans per game, filling 63 percent of Kelley Rink. Only two Hockey East schools were ranked higher than BC in total attendance per game—Connecticut and Lowell—but Connecticut’s percentage of seats filled was actually lower than BC’s, clocking in at 57 percent. Furthermore, it’s important to note that the other Hockey East schools play in arenas built primarily for hockey. BC, however, hosts both basketball and hockey in the same space. The ACC is the bigger nationwide conference, so the space must be built primarily with basketball in mind. This makes it even more impressive that BC is ranked so high in attendance.

These attendance numbers tell a significant story. Yes, BC may struggle to fill seats in football and men’s basketball, especially when compared to other conference schools. But BC is actually one of the best schools in the nation for filling seats at hockey games. And this brings me back to my original point—that Bailin’s argument against the student section falls flat.

I disagree that the student section was listless on Monday night. Hockey is what BC does best, so hockey is what draws the crowds. Kelley Rink was jam-packed and rocking on Monday night. BC students made their feelings about BU known immediately. As the players from each team who represented their countries at World Juniors late last year were recognized, BC students cheered on their Eagles and loudly booed the Terriers. This stands in sharp contrast to the game played at Agganis Arena several days before, when BU fans cheered for the Eagles who’d played at World Juniors. BC fans, it seems, wanted to make it clear from the get-go that this was not a friendly environment for the Terriers, but a hostile one.

The fan treatment didn’t get much better for BU from there, with students alternately cheering for BC and insulting BU. I saw students wearing BC hockey jerseys, BC hats, and BC socks, ready to cheer their beloved Eagles to victory. I saw students packed together in the stands, filling the space and being loud. I didn’t see anything that made me think the fans were apathetic. In fact, I thought the student section did a great job given that the game wasn’t exactly thrilling from a BC student’s perspective—the Eagles only had two serious scoring opportunities, according to head coach Jerry York.

I’m not alone in thinking that the student section made their presence known on Monday night. York wrote a letter to the editor to The Heights. In it, he cited an attendance of 7,884 fans—likely an underestimation, given the amount of people standing—and thanked the students for their support. Regardless of the official number of fans, it’s clear that Kelley Rink was jam-packed on Monday night. York even characterized the student section as “possibly the best [he] has seen in [his] 23 years as head coach” of the Eagles.

A message like this is significant. York was under no obligation to say anything like this. It wouldn’t have looked odd or bad if he hadn’t said anything about the student section at all. But he chose to write this letter and thank the student section. Evidently York was genuinely impressed at the way the students turned out for the game.

Another aspect of Bailin’s argument is that the fans weren’t passionate because they didn’t attend games up until now. It reads like a bandwagon accusation—nobody cared until the BU game rolled around, and even then nobody was all that passionate. Again, I disagree with this point. During the stretch of time between Halloween and Christmas break, students are overwhelmed with midterms, essays, and assignments. This is especially true of the period leading right up to finals. With so much work to do and high stress levels, it isn’t unusual for students to miss some home games and study instead. BC has transformed itself academically in recent years, accepting fewer and fewer students and pushing these students to achieve more. This is excellent for the University’s reputation and for the students’ careers after graduation, but it does mean that sometimes, students will have to choose to study rather than walk to Kelley Rink for a game. Besides, some of the more exciting games during that stretch—like Notre Dame, North Dakota, and Northeastern—were either away games or played at a neutral location.

It’s also crucial to recognize that BC’s student body is no-longer comprised of lifelong hockey fans. As the University has jumped in academic rankings, it has attracted students from across the country, and even across the sea. College hockey may be huge in New England and parts of the Midwest, but it’s not very popular elsewhere in the country. Even as many of the students here are frenzied about college hockey, even more are just discovering it for the first time. I myself never cared much about college hockey until I came to BC, and I know many people who feel the same way.

If you compare that to other schools in Hockey East, it makes total sense that BC’s numbers might not always be as high. The state schools in Hockey East—New Hampshire, Vermont, Connecticut, Maine, Massachusetts, and Lowell—each attract high numbers of in-state students, people who have likely grown up with college hockey and formed an attachment to their future school at a young age. In 2013, according to The CT Mirror, almost 60 percent of UConn students were in-state; 63 percent of Maine students live in Maine; and 80 percent of UMass students are Massachusetts natives.

BC’s numbers are quite different. StudyPoint estimates that 76 percent of the student body comes from other states and countries. CollegeBoard estimates that 74 percent of BC students are out-of-state. Whether it is 74 percent or 76 percent, it is clear that BC’s demographics are almost entirely flipped—the bulk of the state schools’ population is in-state, while the bulk of BC’s population are transplants. With a demanding academic schedule and a growing percentage of students who haven’t been lifelong college hockey fans, it is rational that BC would not produce the same attendance numbers as schools comprised overwhelmingly of New England natives.

The point is, I don’t think the student section was low-energy or apathetic on Monday night. And it does no good to criticize the students when they do turn out in full force and make their presence known. (This is a lesson I learned the hard way last year.) Hockey can draw crowds. Crowds make noise and create a hostile atmosphere for visiting teams. Maybe the BC student section isn’t always rolicking across all sports, but that can be attributed to the low success of some of the biggest teams here. Start winning and the students will come. And as for hockey?

Well, the student section has another opportunity coming up to prove that it is far from apathetic. February is fast approaching, and you know what that means …