Home » Uncovering New Secrets and Absurdity in the Garment District 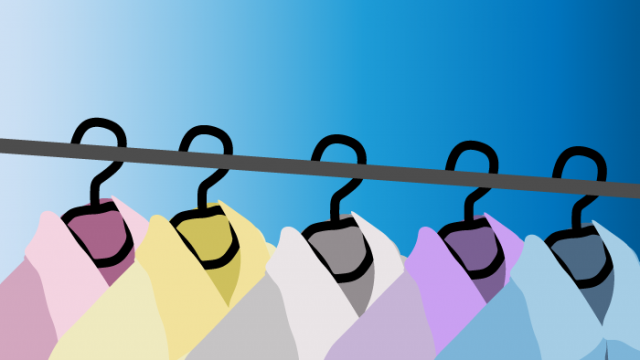 Uncovering New Secrets and Absurdity in the Garment District

As I opened the door of the car, I entered into a whole new world that was both strange and eerily similar. I walked along the sidewalk as a light mist fell on my head—the drops becoming visible under the light of the lampposts that flanked the street on both sides. Then, I saw it: a bright pink sign that illuminated the façade of the Garment District. “How did I get here?” I asked. In my mind, I thought I had explored every corner and alley of Cambridge during my three years here in the City. I was wrong.

University students like me are often caught in a state of mind where we believe we know everything there is to be known about any given topic. It’s but a reflection of being under constant intellectual trial, where we are expected to know as much as we can for all of our classes. This leads us to then think that what we know is all there is to know about certain topics. Moreover, we think we are indestructible, doing things that if we took the time to think we might not end up doing.

This train of thought went through my head in an instant. I was hit with a wave of realization—had I been caught in this same attitude? I tossed that thought aside and walked in.

The store opened up in front of me as I crossed the doorway and walked up a few steps. An array of clothing styles plastered the walls from floor to ceiling, all organized by decade. Bright neon signs indicated the direction for specific fashion trends. Need an ugly Christmas sweater? Check. Bomber jacket for a Top Gun costume? Check. Want a more eclectic look to fit a recent realization about your personality? You better believe you’ll find something.

The whole experience was reminiscent of an earlier time when the counter culture dominated the youth. In there, I saw things that I never thought I would see outside movies. At one point, I felt like I was walking through a scene from Terminator—large metal robot eyeing me from the corner included.

Upstairs had another realm for me to discover. Half of the floor was adorned with Christmas decorations that ranged from the innovative to the ludicrous. I must have seen Pokemon, Darth Vaders, and just plain ol’ elves in holiday attire. For some reason, instead of confusion, it brought me an odd sense of joy and excitement. It was as if my young self met up with an alternate version of my being. I kept going with a noticeable pep in my step.

I did an about-turn, and I spotted something that I had never seen before: a whole section where they sold clothes “by the pound.” Laughing, I left. I couldn’t handle the absurdity anymore.

Walking down the same street I had just been in but a few minutes ago, I saw it in a completely different light. I was awakened from my stupor caused by routine and a misplaced sense of superiority. I began to see the world and the City at face value once more—taking in all the experiences I could and extract as much as I could out of them. I told myself that I could not fall into that state of mind anymore, as it placed a thin veil of deceit over my eyes, distorting every experience I could have and instead showing me a duller version of reality.

Boston holds many more secrets for me to find on my free time—when I’m not watching Westworld that is (if you haven’t seen this show, do yourself a favor and give it a shot, you won’t regret it). I can’t wait to see the world anew now that I have lifted that distorting veil.