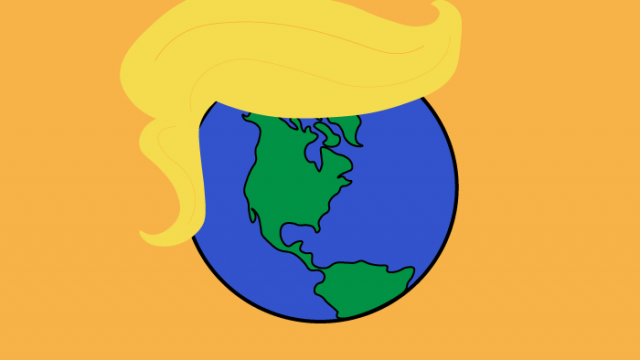 In the waning days of his presidency, Barack Obama has been busy promulgating rules and regulations, intent on propping up and protecting a legacy that is, to put it lightly, up for grabs. His eleventh-hour busywork is frantic and futile, given the expressed and ample interest his successor and an emboldened GOP have in rolling back and disassembling Obama era decrees such as the Affordable Care Act or the Clean Power Plan (CPP).

There is one issue in particular—the pivot to clean energy and a world economy less reliant on fossil fuels—that all U.S. politicians and citizens should be weary to question or reverse. When Obama stepped up to the plate in ’08, he had soaring, Babe Ruth-like hubris in his nomination victory speech: “This was the moment when the rise of oceans began to slow and our planet began to heal.” Fast forward to 2017, and well, it wasn’t.

Climate scientists and those who keep tabs on how the planet is faring—a wholly depressing and dejecting pastime—know that the ocean is rising and the planet is ailing faster and faster. In the 21st century, coastal inundation, splintering Arctic ice sheets, and megadroughts are entering our vocabulary as they become the new normal. 2016 edged out 2015, which had beaten 2014, as the hottest year on record.

To Obama’s credit, the United States and the international community have begun to take fragile, modest steps in combatting the problem. Over the course of his two terms, Obama has presided over developments that give way to cautious optimism—the Paris Accords; the leadership of cities, states, and corporations in promoting and implementing sustainability measures; the deployment of scalable, cost-competitive renewable energy.

Hard-line environmentalists say that Obama’s climate legacy is a wash since he perpetuated the combustion of fossil fuel. Sure, he tapped into petroleum reserves, built pipelines, and OK’ed the expansion of hydraulic fracturing, but this is part of being president—seeking compromise and consensus, keeping gas prices low, growing the economy, and achieving American energy independence. His was a measured fight against climate change.

Unfortunately, in the sorry state of politics today, what once was bipartisan is now deeply partisan. Emission reduction-averse industries can wield influence over political agendas, and too many members of the Republican Party are in lockstep opposition to any serious attempts to nip this problem in the bud. In 2010, the verdict of Citizens United opened the floodgates for special interests and companies to influence political decisions, which led to Republicans rolling back their support on the issue as it became politically weaponized.

Many members of Congress doubt the very existence of climate change or any anthropogenic connection to it. Included in this cohort—among many others—Senator Jim Inhofe, senior member of the Senate Committee on the Environment and Public Works, Congressman Fred Upton, chair of the House Energy and Commerce Committee, and Senator Mitch McConnell, Senate majority leader. Inhofe is the infamous senator from Oklahoma that brought a snowball to work to try and disprove climate change once and for all.

Echo chambers in Congress and comment sections on the internet might have you believe that you are being hoodwinked by the scientific and international communities. This, coupled with tobacco industry-style distortionary campaigns that sow misinformation to the public, is problematic. Overzealous environmentalists want to tar and feather fossil fuel companies and over-expound on the doom and gloom of an Armageddon looming around the corner. There’s a fine line to walk between fear-mongering alarmism and dispassionate, levelheaded advocacy. Both sides obscure progress by politicizing the issue and failing to compromise.

Back to the incoming administration—is there any case for environmental optimism? Trump has modeled himself as a messiah for the coal industry, tweeted that global warming is a hoax created by China, and said that he’s, “not a big believer in man-made climate change.” He also told the New York Times, however, he had an open mind about climate change, and advocated for action on climate change—via an advertisement—in 2009.

He has met with Al Gore and Leonardo DiCaprio, both outspoken environmental activists, but he has also met with people like Kanye West and William Happer, a Princeton physicist who thinks carbon dioxide is good for the earth. Trump’s cabinet appointments give the indication that he will hew to the side against taking any constructive measures. For the State Department, he has chosen Rex Tillerson, who is currently the head of Exxon Mobil. For the EPA, he has picked Scott Pruitt, who in his tenure as Oklahoma’s Attorney General allied with the oil and gas industries and filed lawsuits against federal environmental initiatives.

There are external forces that give hope—the increasing affordability and appeal of clean energy, electric vehicles, green building, and energy efficiency; the international community’s commitment to curbing climate change; and the possible soft power and reputational considerations that would likely deter Trump from doing anything drastic or draconian to alter the U.S.’s current course on climate. After all, he wouldn’t want to make the U.S. a pariah in the international community or let a rival like China take the lead on the matter. Moreover, Trump will likely be obsessed with his legacy from the day he enters office, and he knows that charting a path backwards on climate change would not look good in the history books.

Disagreements over what we should do and how we should do it are perfectly sensible, but stalling progress for the sake of political gain or expediency—or to curry favor with fossil fuel industries—is nonsensical. Denial, delay, and disinformation are dangerous; we are mortgaging the health of our planet, ramping up species extinction, and jeopardizing the birthright of future generations.

The simple truth is that if we put politics before the planet, we’re in trouble. We are not being duped by professional scientists. The immediacy, certainty, and danger of climate change are a problem—it’s real, it’s here, we’re in trouble, et cetera et cetera. Here’s to hoping that Trump treats it with the attention it deserves. 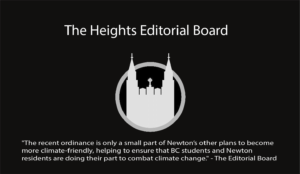