Do the Fandango in Ross’ History Class

For someone who has received threatening emails for her “left-leaning ideals,” Sarah Gwyneth Ross has only one trigger warning in her classroom—jumpsuits. The warning, in bright red and large lettering, flashes across the IMAX-like screen in Devlin 008, as 300 or so students in Europe in the World I (depending on if they all show up, they fill every seat and make do with the stairs and folding chairs in the back) exchange glances and a buzz of chatter, concerned about what’s to come.

Ross changes the slide. The room fills with the uber-harmonized first lines of “Bohemian Rhapsody.” Is this the real life? There are hesitant cheers and looks of amused disbelief. For the next six minutes, Ross stands at her podium, watching the big screen, swaying her arms to the beat—even singing along.

So, why is Queen, its members’ cheekbones complemented by the aforementioned garish unitards, making an appearance in a Boston College history class? Because of Galileo, the bad boy of the Renaissance—an outsider in his own time who asserted that the earth revolved around the sun. Freddie Mercury, Ross explains, was an outcast, too. His sexual orientation and subsequent illness landed him on the edge of society. But, like Galileo, that does not mean his story was not important, or that he would not be remembered long after for his actions. Ross emphasizes this in a core history course, dredging up overlooked information from the Middle Ages to the revolutionary period, in a way that is purely her own.

Despite her unique style of teaching history, education was never on Ross’ radar. Like most college students who think they have set ideas for future career plans, Ross arrived at Bowdoin, her alma mater, with the intention of majoring in English or history. But one class shifted her next four years, taking her into the world of Latin and eventually Greek. History was placed on the backburner in the form of a minor, and Ross went full-steam ahead into classics.

“You know how it is—how life really often nudges you in directions that you wouldn’t necessarily have expected,” Ross said.

Similarly, fate came knocking after Ross finished her doctorate in history at Northwestern—there was an open position in the BC history department for a professor with a specialization in women’s European history. In fact, BC wanted her so badly that when Ross could not accept the job due to postdoctoral work at Princeton, the department left the spot open for her. Two years later, in 2008, she made her way to Chestnut Hill to begin teaching. In keeping with her original specialization, Ross has focused her time at BC on telling stories, not of kings, but of the common people of the day.

“There is this big story that can be told about different eras in any place in the world, but what about looking at these spaces and places and times from slightly more oblique angles and more everyday folks?” Ross said.

Straying from the typical narrative is a daunting task, but she faces it head-on. There’s a stereotype for history professors, even on Google Images, of bespectacled men with sensibly-trimmed beards, lecturing in front of dozing students. Ross defeats this in small ways, beginning class with a rousing rendition of Adele’s “Hello” or, again, letting the big rocker hair of the mid-’70s do the talking for her.

Ross’s performative nature didn’t begin with  her drumming excitement for lessons, but rather from her early childhood. Growing up with a playwright and actor father in Kansas City, Mo., Ross found an outlet in classical ballet. When the time came to get serious about school or dance, she stepped back from a potential artistic career.

Students, especially when they are younger, forget that their teachers have lives outside of their classroom or lecture hall, and that they are not confined to pages of research and study. Students are all the more shocked when they see their teacher out and about, like your third-grade teacher in the restroom at SeaWorld Orlando. So too might they be to see Ross in adult lessons at the Boston Ballet twice a week, picking up her passion from grade school. She loves that everyone who walks in—lawyers, doctors, homemakers, and herself, the lone history professor—has committed him or herself to continuing something he or she is passionate about.

This passion even envelops Ross’ work as the director of the history core. Taking up the role in 2015, Ross has attempted to make known the classes that the department has to offer, including the new African Diaspora and the World course. She wants orientation leaders and programs geared toward freshmen to spread the word about the offerings, with the hope that freshmen will take advantage of the new options and feel that there is more choice outside of Western-focused history.

Ross’ desire for freshmen to feel included comes through in the classroom, from the very start of the year. At the end of her first Europe in the World lecture in the fall, Ross shifts gears to a map of BC on the big screen, a big arrow and “You are here” superimposed on it. A freshman-heavy class, it’s likely the first large classroom the first-year students have sat in, anxious at the prospect of their new lives away from home. Ross knows this. She looks at the image and takes a moment to remind them all that they are here, at BC, for a reason. The shuffles of notebooks and chit-chat quiet as she continues. They are here for a reason, and no one would rather be anywhere else. 12:50 p.m. approaches, and the students leave the classroom with a little more hope. Ross has a content smile on her face.

“Being an educator has endless variety,” Ross said. “It is also incredibly satisfying. Even though it’s also terrifying.” 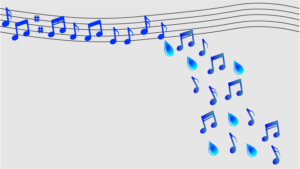 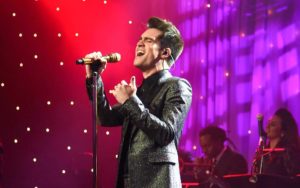