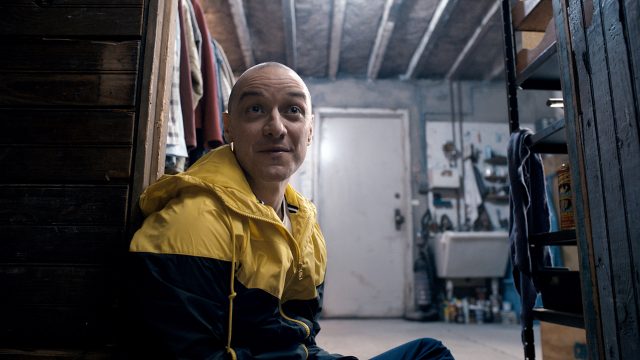 Shyamalan Turns Brokenness into Beauty with Odd Horror in ‘Split’

Many of us struggle with an incessant internal dialogue. It is difficult to gain control when conflicting emotions clash and pull us in every which direction. For Kevin Crumb in M. Night Shyamalan’s Split, he must grapple with entire entities, different people, as they seek to exercise their will in his body. His dissociative identity disorder (DID) is extreme and laces itself deep into every facet of his being. He must fight to regain control, before he becomes something much worse and hurts those around him.

After being kidnapped by Dennis (James McAvoy), a personality of Kevin, three young girls, Casey (Anna Taylor-Joy), Claire (Haley Lu Richardson), and Marisa (Jessica Sula) realize their captor has sinister plans. After meeting Miss Patricia and Hedwig, more alternative personalities of Kevin, it is revealed that inside Kevin’s body resides 23 personalities, each different from the last and each with its own agenda. A 24th personality, named ‘The Beast’ by the other personalities, is said to be coming soon and that the girls will be sacrificed in order to welcome him. With this knowledge, one of the girls, Casey, comes to understand that the key to their survival also lies in the man who brought them here.

Shyamalan seems to have shed his detrimental fascination with twists and created a film that is well rounded and intriguing throughout. The film is categorized as a horror thriller and there is much of that to be seen. But, a fair portion of the film is quite funny. The taken aback if not completely stunned attitudes of the girls in face of a man sporadically changing his manner of speaking and demeanor bring a kind of solemn humor to the film. When watching the film, some may wonder if the resulting laughs were not intentional, a la The Happening, but in many cases it seemed to serve the purpose of deflating the tensions being built up due to the girls dire situation. The inclusion of humor is, in part, a cause of concern for many who criticise the film for its portrayal of those with DID.

The setting of the film is very reminiscent of 10 Cloverfield Lane (2016) as both share a tight, claustrophobic set for most of the film. The pacing of Split is also similar to that of 10 Cloverfield Lane as much of the action and surprises come in the third act. At some points, the film dragged slightly as the narrative waned in the transition from the first to second act.

McAvoy was phenomenal in the role of Kevin and all his fractal personalities. It was impressive to see him transition strongly into what are essentially different characters. As certain personalities play the antagonist and others more neutral roles, viewers may find themselves despising and then sympathizing with them in subsequent scenes. His ability to act as different characters is believable and the emotional responses he elicits from viewers reflects that.

In all, McAvoy’s performance is laced with deeply sympathetic undertones toward his character. The few times Kevin is present in the film effectively conveys the level of sorrow and anguish he must deal with as other persons assume control of his body. The sadness in his eyes is instantaneously palpable and easy to register, which is a testament to the caliber of actor McAvoy is.

Thematically, Split touches on some interesting notions of evolution and the self. As characterized by Kevin and his personalities, those who are broken or splintered have more virtue as they have experienced the most change internally. They are required to rebuild themselves, a form a self-mutation—a necessary step in evolution. The mutations are, in this framework, what make us more human. These themes of the next line in human evolution are interesting ones in our world as ideas about transhumanism become more commonplace and mainstream.

Split has something for everybody, whether it be horror, dry-dark humor, or a few thrills. Shyamalan appears to be on a course of innovation as now comes off two successes with this film and The Visit (2015). Maybe Shyamalan’s true directorial calling beckons him to horror, after all, with as many box office and critical bombs as he has had, he certainly has an eye for it. 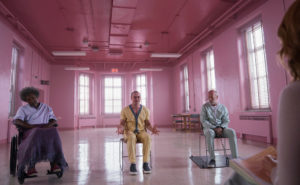