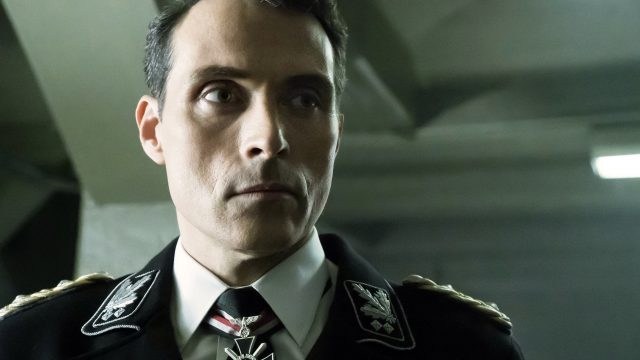 Man may have a morbid fascination with turning history on his head. The endless proposal of “what if?” scenarios serves as endless entertainment as we attempt to envision a world in which crucial historical facts are turned around or smashed altogether. Amazon’s The Man in the High Castle, based on the Philip K. Dick book of the same name, continues down its interesting alternate reality, in which the Axis forces were victorious in World War II for its second season.

In the 1960s, North America is seen cleaved in two—under the heel of the Nazi Reich in the east and under the Japanese rising sun in the west. There appears to be little hope for freedom or peace for all constituents involved as the Nazi war machine inches closer to war with the much weaker Japanese Empire. The Resistance seeks to undermine the imminent nuclear destruction of the world through the distribution of films depicting an alternate reality—of a free America. But many actors from all walks of life are conflicted as to who is the lesser of the two evils in such a twisted world.

In the Japanese Pacific States, Trade Minister Nobusuke Tagomi (Cary-Hiroyuki Tagawa) feels the spiritual pull of a reality separate from the one inhabited by the victorious Axis Powers. Meanwhile, Juliana Crane (Alexa Davalos) and her boyfriend, Frank Frink (Rupert Evans), are roped into Resistance activities and must wager their lives to save each other and the world. In the American Reich, Obergruppenführer John Smith (Rufus Sewell) must grapple with absolutist, Nazi ideology and dissenting feelings in his own heart. In Berlin, Nazi agent Joe Blake (Luke Kleintank) meets his father and confronts his past, as shadowy figures look to seize power after Adolf Hitler’s death.

The second season seriously ups the stakes of the first season as the world rests on the brink of destruction. In the first season, the drama and stakes, namely for Blake and Crane, were localized to their persons. This is a necessary escalation that creates a palpable amount of tension as the season came to a close in its ponderous finale. This kind of escalation necessarily must come to a head in the next, lest the weight be utterly deflated in anticlimactic fashion. One would not think that possible when dealing with Nazis.

Many of the most compelling performances in this season come from those within the Nazi ranks. As the season paints a vivid picture in a world reigned by Nazis, it does make many compelling points about the progression of societies, fascist or not. German artist and filmmaker, Nicole Dormer (Bella Heathcote), and her cohorts of wistful youths exhibit believable qualities that one might assume despite the ultimate authoritarian society. The show suggests that drug experimentation and sexual liberation would parallely have arisen even in Nazi-occupied Germany. The undercurrents of counter-culturalism and environmentalism are quaint additions to the show’s mythos.

Additionally, the moral absolutism, regarding extermination and racial purity, are explored in several characters as they grapple with these stringent principle in practice within their families. Smith is confronted with news of his son’s illness. Blake learns of his birth in a secret SS facility and the fracture of his family along ideological lines. In practice, such applications certainly would have been harder to implement in times of peace rather than war.

When the show digresses on tangential, pseudo-philosophical grounds, namely Tagomi’s forays into alternate realities, the show loses its immersive factor. Much of the appeal of the show lies in its craft of this dystopian world. When it tries to remind viewers of the true history or historical reality, it cheapens the rest of the events in the series. Not only is this a waste of screentime, but a complete subversion of the pertinent character stories being fleshed out it the framework of the fictional world.

The Man in the High Castle is one of the most engrossing shows out there. It has the potential to truly say something universal about societies and war, regardless of the victors. It calls into mind important questions about absolutism and strict ideological implementation, not only in this fictional world, but in our own. In many ways, confronted with enemies on all sides, the show asks viewers to find humanity in adversaries and observe that we are more like them than not.

amazon man in the high castle
‘The Founder’ Shows How One Man Turned Burgers into Billions
Our Expenses and U.S. 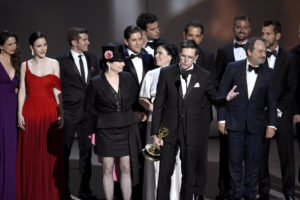