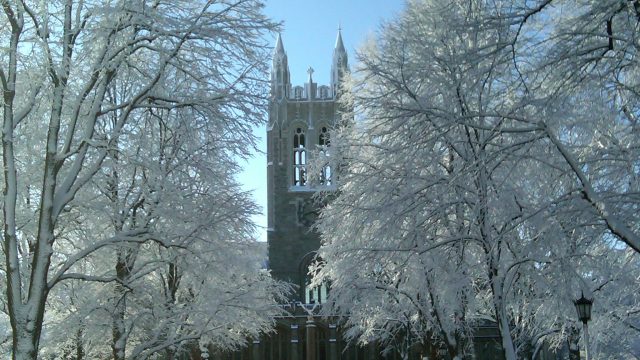 University Counseling Services (UCS) will hold a panel Tuesday titled “Impacts of Bias and Isms” to bring together faculty, students, and staff in the Division of Student Affairs to discuss issues of diversity and inclusion. Julie AhnAllen, UCS’s assistant director of diversity and inclusion, said in an email that the panel will be similar to an event UCS held before Winter Break. That event competed with the Christmas Tree Lighting, so turnout was low, and the hope this week is to reach more students.

The panel, moderated by AhnAllen, will consist of Usha Tummala-Narra, an associate professor of counseling, developmental, and educational psychology; Yvonne Jenkins, a senior staff psychologist in UCS; Director of UCS Craig Burns, and Vice Provost for Faculties Billy Soo. Vice President for Student Affairs Barb Jones will give the opening remarks.

“The events of the last year have been difficult in many ways, [and] we wanted to explore ways to provide support in light of what can be very challenging conversations,” Jones said in an email. “The University Counseling Services, along with colleagues in Academic Affairs, are uniquely positioned through their training and interactions with students to shed light on the impact of these events on individuals and how the conversation can move forward.”

AhnAllen said that UCS sees many students who talk about their negative experiences with bias and racism, sexism, or other “isms,” so the panel is meant to open those issues to the wider campus.

The panel was developed at the beginning of the school year in response to race-biased incidents and students concerns—part of UCS’s goal is to “continue a difficult conversation given that these topics are emotionally charged and so personal,” AhnAllen said. She added that last year’s presidential election and an incident at Boston College this fall, in which letters on a parking sign in the Mod Lot were rearranged to read a homophobic slur, also played a role in UCS’s developing the event.

After both of those events, students organized rallies voicing concerns about their place on campus. In September, students responding to the Mod Lot controversy organized a march on campus called “Silence is Violence” that sought to provide students a space to discuss their concerns about discrimination. Then, Eradicate BC Racism held a “love rally” in November in response to the election of Donald Trump.

Also in November, a group of students released a petition modeled after similar petitions at other schools that called upon the University to develop a response plan to potentially discriminatory actions under Trump’s administration. One part of the plan suggested that BC add its name to several statements expressing support for Deferred Action for Childhood Arrivals, an executive order under President Barack Obama that offers protections for undocumented students—University President Rev. William P. Leahy, S.J. added his name to two statements expressing support for DACA.

AhnAllen said UCS is focused on better understanding the experiences of first-generation college students with its work this year, and is hoping to host an event focused on being an ally to underrepresented identities.

“We have a particular mission to serve those students who feel marginalized and reach out to students who are less likely to utilize our services,” she said. 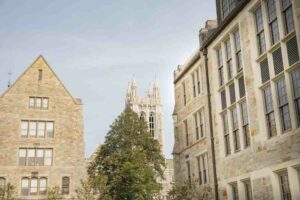