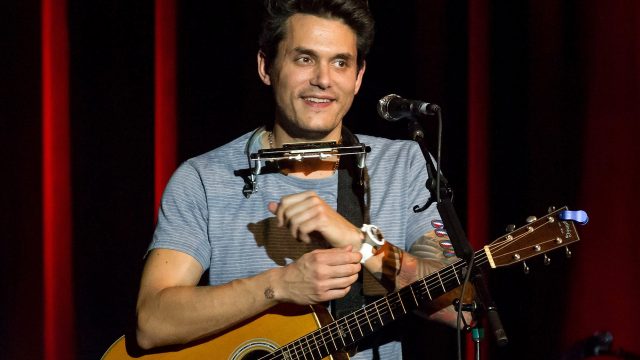 John Mayer’s ‘Search for Everything’ EP Proves Thoughtful and Fruitful

The release of John Mayer’s four-song EP The Search For Everything: Wave One is important for two reasons. First, it marks the first set of new songs from the artist in four years since Paradise Valley (2013). Second, the EP was released on Jan. 20—Inauguration Day. Though some might point to the date as merely a coincidence, given the current political climate and many of the messages laid within the brief set of tracks, the release seems more purposeful than not. Within the EP are four different songs speaking to the notions of change through the thoughtful lyricism of Mayer. In a gentle and indelible way, Mayer taps into sentiments pervasive in public discourse, while remaining a true musician in execution and in appeal.

“Moving On and Getting Over” is a punchy, undulating song that speaks to getting over a relationship. The song touches on how the titular ideas of “moving on” and “getting over” are separate endeavors. The lyrics speak to these difficulties while conveying these thematic elements through the song’s structure. Much of the song reassures listeners that the singer is, indeed, moving on, conveyed through more independent guitar licks and grooves. In particular, the separation between words is the most prominent in the lines: “But I still can’t seem to get you off my mind / And I do believe I feel you all the time, all the time.” This kind of articulation is used to reinforce a moment of weakness, as the thoughts of an old lover beats down mental barriers to resurface in one’s thoughts. Additionally, this kind of movement is reminiscent of a heart beat, again pointing listeners toward the singer’s desires and his conflict between heart and mind.

Hitting a completely different feel than the previous song, “Changing” is a uniquely moving piece that opens with Mayer on piano. Though the piano chords progress simply, the coupling with Mayer’s voice complements the sincere message of the lyrics. Repeating the notions of change, Mayer notes how both he and the world are changing, often at a rate to fast to see. These kinds of ideas are manifested through the descriptive verse: “I see the sky changing / Reminds me of my changing / Wish I could tie me a rope ’round the sun / ‘Cause I am not done changing.”

“Love on the Weekend,” which was released as a single, is a soft and dreamy love song that details yearning for weekend merriment. Mayer adopts a tone that is reminiscent of a country song. The airy guitar, which fades in and out, and the wistful overtones of the song are distinctly not country, but Mayer’s vocal machinations are slightly drawn out like a drawl. Perhaps this is also due to the subject material, referencing cars, driving, weekend frolicking, and girls, which are standard tropes in the country genre.

The song, “You’re Gonna Live Forever in Me,” is extremely quaint, vivid, and touching. This is the most picturesque song on the EP thanks to Mayer’s earnest and descriptive lyricism. The whistling at the beginning the song is acts as guide, holding listener’s hands from verse to verse. At the halfway point of the song, violins quietly swell in the background, emotionally augmenting Mayer’s transition into whistling and the latter half of the song. Upholding themes of progression and moving forward, Mayer speaks of the ephemeral nature of everything, including relationships. But, as is the caveat in the title, one may find a certain level of immortality in the hearts of those who know or knew you. Recounting some of the lyrics would fail to capture the potency rendered by Mayer’s singing.

The Search for Everything: Wave One is diverse in four songs and attests to the ability of Mayer to bring simple, yet important ideas to the forefront of his music. Though ideas of change, moving on, and progress are not ground-breaking or grandiose, they are often overlooked because of their simplicity. In today’s climate, simple ideas may be ones we can all agree on. If there are subsequent waves to come in this series, one can be certain that fans will wait impatiently at the shoreline.

john mayer the search for everythin: wave one
Sheeran Continues His Upward Shot With “Castle on the Hill”
Real Estate, Ray Davies, and Father John Misty in Singles This Week