I tend to think of Mayor Martin J. Walsh, WCAS ’09, and Governor Charlie Baker as America’s second biggest bromance, after Barack Obama and Joe Biden. Together, these two have done a lot of great things for the city of Boston. Many homeless people have come off the streets, crime rates are down, the unemployment rate has decreased by 2.4 percent, and a number of new companies, like General Electric, Reebok, and New Balance, have invested in Boston. Walsh even had the gall to veto the Boston Olympic bid when they were making outrageous demands of the local government, despite his desire to bring the competition to the city. Times of prosperity, however, do not reveal a man’s true character, and when it came down to it this election season, only one of these two men exhibited courage.

Ballot Question No. 2 in Massachusetts proposed allowing more charter schools to open up in Boston and across the state. For those of you who are not familiar, a charter school is a publicly-funded school that is established by a “charter.” The school’s charter outlines the school’s specific goal in helping the community. Some focus on science and technology education like AMSA (Advanced Math and Science Academy), others focus on disadvantaged and marginalized populations, and many just try to provide a unique and high-quality educational alternative to students that might otherwise be forced to go to a low-performing district school. If a charter school does not fulfil its charter, it will be promptly shut down by the state.

For years, Walsh has been a strong advocate for charter schools. He was a founding board member of the Neighborhood House Charter School (NHCS), and once proposed state legislation to expand the cap on charter schools. That should sound familiar, because that is exactly what the state ballot question was about.

Baker made the bold move to support the ballot question. He spoke on television in support of the initiative and even went door-knocking in Dorchester to ask people to support charter school expansion. As the most popular governor in the United States, choosing to be so involved in what turned out to be a very controversial issue was a bold move. It took political courage, especially with his re-election in only a few years. Baker stood up for what he believed in, even when he was under intense pressure from a lot of special interests.

Walsh did exactly the opposite. He knows what good Massachusetts charter schools do for minority communities. He is the founding board member of the Neighborhood House Charter School which serves 81 percent minority students and 67 percent low-income students. He knows that, after 20 years, charter schools have helped improve these marginalized communities drastically and have achieved more than regular public schools have in 200 years. There is an abundance of evidence that demonstrates the superiority of charter schools for low-income students, English language learners, minority students, and special needs students alike. Despite all of this knowledge, Walsh inflicted a decisive blow to the proposed legislation with an influential op-ed he wrote in The Boston Globe in October urging voters to strike down the ballot question.

Working with the Question 2 campaign, I personally spoke to a lot of voters. Many of them referred to Walsh’s op-ed as the reason they were going to vote “NO.” The mayor’s endorsement carries significant weight, so why would he condemn the same type of bill he himself had proposed in the past?

Teachers’ unions. They contribute more money to politics than even the NRA. They run Massachusetts politics and pose a huge threat to any politician who is willing to stand up to them. Case in point: Walsh, who is about to face a difficult race for reelection against fellow Democrat Tito Jackson, knows that he needs all the support he can get.

It is sad to think that the acclaimed mayor of a proud city would give up fighting for what is best for the community because of special interests. Walsh apparently wants to win even if it costs him his morals and the city its social progress. 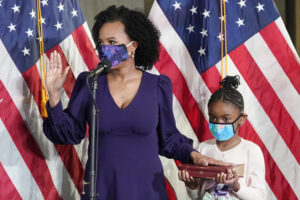