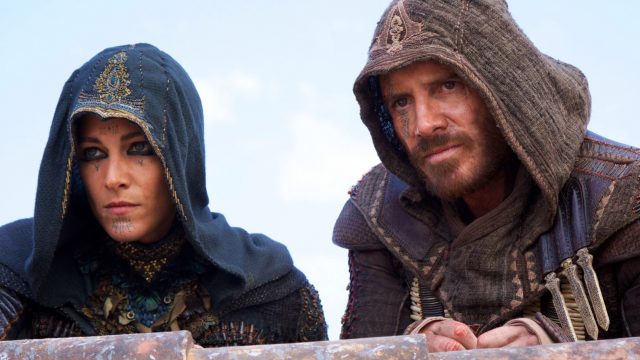 The latest addition to the decrepit halls of movies based on video games, Assassin’s Creed, might be the final nail in the coffin. For those like me, who love both video games and movies, this trend has been very disappointing. Every time a video game movie hits theaters, it seems to inevitably fail. The movie has been panned by critics and audiences alike. Hardcore fans of the particular series have come out in full force to defend this, the latest foray of video game culture into cinema, claiming, “It makes sense if you’ve played the games,” or “The movie didn’t stay true to the game.”

And yet, video game movies continue to be made. I imagine it always starts with something like, “Hey everyone likes [insert popular video game franchise here] games, why don’t we make a movie out of it?” After draining millions on each failed attempt, we invariably end right back where we started. So why does this keep happening?

First, every video game that studios have tried to make a movie from are not video games that would translate well to movies. Let’s take Assassin’s Creed for example. Assassin’s Creed II has about 15 hours of play time with its main story. And for the most part, the stuff that happens in the main story contributes to the plot and the overall experience. So it’s very difficult to condense a story that long into a two-hour movie. The writers of Warcraft (the movie) had countless hours of playtime and extensive lore at their disposal. But in order to squish it into two hours, so much has to be cut out. Audience members who were unfamiliar with the game did not understand the motivations or backstories of most of the characters in the movie.

This strategy alienates the general audience, where all of the money comes from, and every critic who hasn’t played the game, where all of the reviews come from. If translating a story that is already popular among fans is impossible, then writers have to make up their own story within the world. Assassin’s Creed had to create its own story. The movie spent most of its time in present day with brief cutaways to the Spanish Inquisition. The time spent in present day is the most boring part of the movie, just like in the games, and yet the movie was forced to do this in order to have a cohesive story that jives with the video game world.

Condensing only works to a degree with books. While a book might have six hours of time spent reading, much of it can be shown on screen instead having to be described with words. A book like Harry Potter and the Order of the Phoenix has 766 pages. It obviously takes more than two hours and 22 minutes to read. But the movie Harry Potter and the Order of the Phoenix only takes two hours and 22 minutes to watch, and I consider it the best movie in the series. Of course scenes have to be cut, but the entire process is much easier. The countless movies based on books across the millennia can attest to this success. Video games, however, are at a disadvantage. Video game movies are new and Hollywood has clearly not had enough time to get them right yet.

Despite this, there must be video games that are shorter in length with interesting stories that could make good movies. The game Shovel Knight comes to mind. You play as a 8-bit knight fighting to save his friend. The plot is not very lengthy, but the game is very well done and critically well received. Games like this could make great movies, but they don’t have the following that these larger franchises have. Part of the gimmick with video game movies is that it draws all of the fan base to the theater. But if no one has played these games, they won’t be popular enough to be greenlit by studio executives. There’s simply no money in it.

There is a potential solution to the “video game problem.” We’re in a golden age of television, and I think the industry can use this to its advantage. HBO and Netflix have the ability to create content outside the boundaries of network television. Keeping with the example of Assassin’s Creed, I think that a series version of about 10 hours of television per season is a better way of going about creating something people will enjoy—and will be successful. Assassin’s Creed could spend time in the present day as well as in the distant past. This way, the story wouldn’t have to suffer, and the show could really explore itself over the course of a season. There is already a wildly successful television show based on a video game. That show is called Pokemon (along with all of its iterations). Obviously, Pokemon is very different than a Netflix or HBO show would be, but it demonstrates the fact that there is a market for this type of media. I think in terms of quality, the future of video games lies in television and not the silver screen. 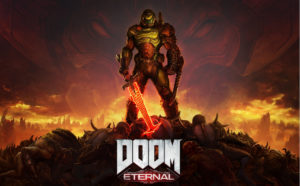