Home » ‘Resident Evil,’ Hell Is Empty and All the Devils Are Here 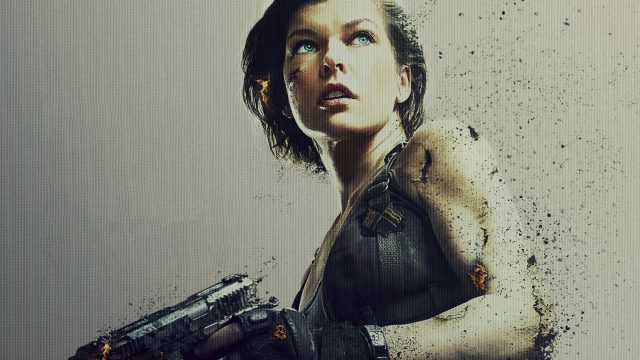 ‘Resident Evil,’ Hell Is Empty and All the Devils Are Here

If there is any justice left on this cruel and unforgiving ball of rock hurtling through space so affectionately called Earth—any justice at all—Resident Evil: The Final Chapter will be the last Resident Evil movie ever made. This movie has no redeeming qualities. None. It’s not even a movie that’s so bad it’s good or funny. It has no worth. No part in this movie even slightly makes up for the price of a movie ticket. If the movie was free to watch, it would not be worth the 106 minutes that could be spent doing literally anything else.

In fact, Resident Evil: The Final Chapter is painful to watch. Literally. The movie is full of deafening screeches, explosions, and jump-scares—but these noises aren’t like the noises in other movies. Resident Evil has made them so incredibly loud that it actually hurts to listen to. Audience members were putting their hands over their ears to block out some of the roaring sounds. Besides causing physical pain, Resident Evil lacks plot, pacing, good dialogue, emotion, character development, or sense—the things that other bad movies at least pretend to strive for. This review won’t have a concession at the end. There are no scenes, moments, even seconds worth watching. If Resident Evil: The Final Chapter is lost to the sands of time, the world will be a better place for it, and the sooner the better.

With that in mind, Resident Evil: The Final Chapter is the sixth movie in the Resident Evil film franchise. This series of movies is loosely based on the horror video game series of the same name. The movie centers on Alice (Milla Jovovich), the indestructible action heroine, and her rag-tag group of friends in their attempt to stop the evil Umbrella Corporation from killing the few thousand humans still alive on Earth and bringing the ongoing apocalypse to its conclusion. Oh, and there are also zombies—of the people, dog, and giant bat thing variety—who occasionally eat a “main” character. These zombies are the result of the “T-virus”, a pathogen capable of turning people into zombies. Alice discovers that there is an anti-virus deep within the Umbrella Corporation headquarters. This anti-virus, once released, would kill anything infected by the T-virus. Alice sets out to get it from antagonist Dr. Isaacs (Iain Glen) and save humanity before it is wiped out.

Resident Evil: The Final Chapter opens on Alice in the ruins of Washington D.C. While scavenging for ammo, she is ambushed by a giant bat zombie that was hiding under a pile of concrete debris. How or why this creature covered itself in concrete debris and waited for an unknown amount of time is never shown. Alice runs outside to find what is probably the only operable army jeep left in existence and begins to drive away from the giant bat creature. While driving she notices a bag of anti-personnel mines in the truck which pushes the bounds of convenience. The bat creature continues to chase her. She sees an overhanging steel bar and the movie shows her increasing her speed by what is likely thirty miles per hour in order to lead this bat creature into the steel bar before it kills her. Why she was not already driving as fast as possible is also not shown. The bat creature crashes into the steel bar but it does no apparent damage, so this lapse in logic was for nothing. After playing a game of chicken with the creature, she detonates one of these mines in its face, killing it. The movie doesn’t get any better than this.

In order to qualify for the action portion of the very distinct genre of science-fiction-action-horror movie that “describes” Resident Evil: The Final Chapter, the movie has what can generously be called fight scenes. It’s hard to tell if a fight is taking place because every “fight” is cut to oblivion. For example, in a fight between Alice and Dr. Isaacs, which lasts 15 seconds, there are 35 cuts. This is far worse than other heavily cut action movies. The fight scenes are almost unwatchable. The movie is nauseating.

There are other characters in Resident Evil: The Final Chapter, but the movie seems to care less about them than the audience does. These characters are mainly comprised of survivors she meets on her return to the Umbrella Corporation HQ. Claire (Ali Larter), Doc (Eoin Macken), Razor (Fraser James) and secondary characters whose inevitable deaths serve as “motivation” for Alice. Ruby Rose plays one of these secondary characters named Abigail, because apparently a bad action movie can’t be made without Ruby Rose.

resident evil
‘The Path’ Loses its Way Along the Winding Road to Greatness
Train’s ‘A Girl, a Boat, a Bottle’ Provides a Sunny Escape