Home » Get out a Pen, Forget About the Embarrassment, and Just Go for It
Featured Column, Features, Column

Get out a Pen, Forget About the Embarrassment, and Just Go for It

When I was 6 years old, I embarrassed my parents at a party my grandfather was throwing in the backyard of his house. While my two sisters swam in the pool with the other kids, I walked the perimeter, approaching adults I had never even heard of sitting in the small dining set on the side. Barefoot, I tiptoed on the small wooden deck for fear of splinters, which had plagued the grandchildren that summer, and rearranged the papers in my hands—a notebook with a few fun facts and scrawled handwriting, printed at a 60-degree angle against the lines.

“So,” I said to person after person, leaning my elbows far onto the table, feeling comfortable and necessary despite being 50 years their junior. “What do you want me to talk about?”

Words spilled out of my mouth at a mile a minute, a flood of jokes and side comments peppered with trivia. It was my first foray into entertainment. The embarrassment came later, when I made a joke about a lady my parents, and therefore I, didn’t like. I had not yet mastered the art of secrets. After a stern talking-to from my parents, the notebook was put away, likely thrown out among finger paintings and ink-soaked pencil cases. I became my worst trait—quiet. Seven of my nine LifeTouch™ portraits, all with a light blue background, feature a stone-faced Shannon, not a hint of a smile on my face. I became more and more interested in writing, and spent a lot of time making up stories in a blue composition notebook, my face a few inches off the page and my left middle finger forming a large callus against my little hand.

One thing that is important to know about me is that my paternal grandparents are from Ireland, immigrants from a place where it often rains and the sun shines weakly, like the smile you offer when someone says you are funny, for a girl. Incidentally, my face radiates a hue of crimson all its own whenever I so much as step in front of a crowd or look on at some embarrassing thing with which I am not even affiliated. It tells the world, “I’m Shannon Kelly, and I’m nervous!” before I say a word. By high school, I was tired of the redness spreading to my neck from further embarrassment—from being red in the first place. As much as a required course in speech helped, I struggled to feel as comfortable as I did with a pen in hand, writing without the judgment of 40 eyes.

So when I came to Boston College after a tumultuous freshman year at my almost-mater, Notre Dame, I decided to just go for it. I instead addressed my blush as an involuntary reaction, something that only indicated a physical response instead of revealing how I actually felt. It became a funny introduction for my public speaking class, and allowed me the confidence to tell stories in real time. But that didn’t mean writing was left behind.

I jumped into The Heights in early September 2015, covering field hockey and women’s soccer for the sports section. As much as I loved the formulaic simplicity of a game story, my favorite things to write were features. Interviews allowed me to interrogate student-athletes and sift through their stats and comments from former teammates to find the unique, interesting, and funny. It is easy to look at athletes and see the attributes that make them larger than life, whether it is their strength, stamina, or agility. But writing features showed the sides not shown on the field—their family life, inside jokes with friends, a favorite book.

As an aspiring writer for comedy television shows, I think of any storytelling as practice for the jokes I hope to make in a writers room. Two of my favorite TV shows, The Office and Parks and Recreation, made entire series out of the mundane. From them I learned that there is a story in everything, that even the most boring person has a vibrant life that might just be hidden from view.

It is for this reason that I decided to join the features section this year. There are stories on this campus that no one knows about—your roommate might be the only unicyclist in her family, or your professor could be teaching an independent study course on the history of the accordion. It’s all worth telling. People want to hear them, to have a laugh when they are stressed or things feel like they are falling apart.

So, BC. What do you want me to talk about? This time, I won’t be quiet.

writing america's sweetheart
Somewhere Beyond the Sea, Meet the Betta Fish of BC
Chatman Ties School Record With Nine Triples in Road Loss to Virginia Tech 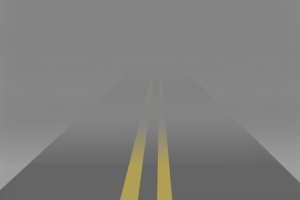