‘Viva Polonia!’ Brings an Empassioned Piece of Poland to Lyons

Setting forth on a journey through the vast lands of Poland, Lyons 423 was transformed into various cultural scenes about the country. Using imagery that was sure to stimulate the minds of children and adults alike, Viva Polonia! truly visualized historic aspects of Polish culture, as well as modern reverence toward such culture. Harboring an indelible amount of passion, dancers, pianists, and orators alike brought a room into the different place, if but for a moment.

The intimate setting was established as spectators were greeted with a display of home videos from the director, Barbara Gawlick’s own home. A Krakow native, Gawlick’s videos were laced with individuals in traditional garb and going about standard family fare. This introduction added to the rest of the show, which included contributions from her husband and son. Welcoming people to the show was truly akin to welcoming people into her family.

Starting in Krakow, Gawlick described the tradition of Hejnał Mariacki, in which a trumpeter played slow and lofy tune atop St. Mary’s Church. Weaving the visual picture with her words, Gawlick’s discription made way for Paul Schwartz, CSOM ’16, to play out the windows of the room, embodying the trumpeter for the small audience. The beautiful and simple rendition, repeated four times, resulted in pleasant smiles on the faces of all audience members.

Transitioning to the villagers dancing about the streets of Krakow, the room gave way to hearty yowls and stamping feet as the audience was graced with traditional Eastern Krakovian dances. From fast to slow, the graceful spinning of the dancers let the furls of their colorful dresses and garments flay about in stunning fashion. Beaming with smiles and attentive feet, the dancers embodied the love of the dance in more ways than one.

Traveling to the Tatra Mountains of Poland, several members sung a mystifying rendition of “Na Holi,” a mountaineer’s song. Though incomprehensible to many, the beauty of the Polish language was decidedly audible as members voices danced to and fro as if actually on the crags and peaks of Poland.

Venturing from the cold precipices of mountaintops into the warm hearthlight of Frederic Chopin’s home in Warsaw, a different kind of musical beauty was brought to the audience’s ear. After a brief description of Chopin’s home and personal growth, the scene was set in the famous pianists home. At this point, a man, Alexander Aylward, MCAS ’17, rose from the audience, dressed inconspicuously and sat at the piano. Delivering a soulful rendition of “L’adieu,” an absolute and all encompassing silence drifted over the crowd. As the piece progressed, the level of attention was keenly visible. The rendition proved to be so moving that one elderly Polish man could be seen, quietly shedding a tear as the Aylward closed the out the piece.

Continuing with a traditional dance, the Polonez, the dancers invited the children, as well as other members of the audience into the floor to recreate the large group endeavor. Forming circles, holding hands, and jaunting about the floor, the traditional dance was full of moment and airy movements of the feet. Though the overall movement of the dance was simple as everyone rounded the floor—the overall picture was wholesome and unifying.

Throughout the evening, the dancers and presenters alike were adorned in historical vestments representative of aristocracy and peasantry alike. Such visual elements added to the descriptive storytelling laced throughout the evening’s performances and added a sense of authenticity to both those familiar and unfamiliar with Polish culture. Such visual clues are crucial in setting the scene, aided by words, to truly appreciate the intimate aspects of another culture.

Events like Viva Polonia! are simple glimpses into the vast stores of cultures of other peoples. Though such events offer but a morsel of knowledge, as was implied throughout the evening by Gawlick, they serve to pique interests and maybe encourage a real voyage to the towers of Krakow or shadows of the Tatra Mountains.

viva polonia! poland krakow warsaw
O’Malley’s New Melody: The Former Presidential Candidate Is Lecturing for BC Law This Semester
Best of Synergy and Dance Groups Lit Up the Stage with Comedy and Choreography 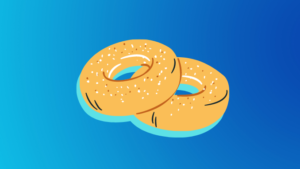