Home » The Executive Story So Far 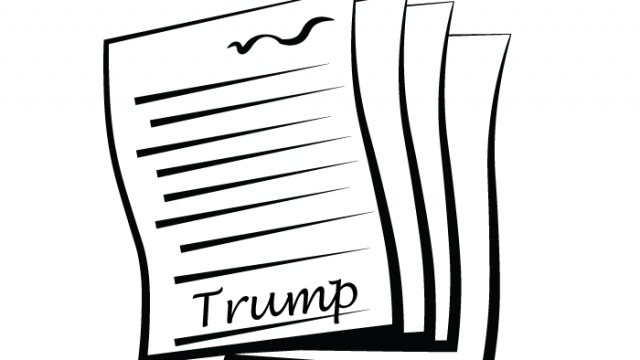 The Executive Story So Far

Understandably, the public is outraged yet again at President Donald Trump’s assertive agenda. After issuing early executive orders to begin the repeal of the Affordable Care Act (ACA), start logistics for his border wall, and strip sanctuary cities of federal funds, Trump has now restricted immigration more extensively. The moral and constitutional justifications of these actions are worthy of papers of debate, but that’s not what this column is about.

While the immigration ban has had an enormous international impact, arguably the most domestically influential is the repeal of the ACA

Trump emphasized his goal to repeal the ACA as one of the main points of his presidential campaign. The order gives the executive branch the power to “minimize the unwarranted economic and regulatory burdens of the Act” in order to “afford the States more flexibility and control to create a more free and open healthcare market.”

We shouldn’t be shocked that this was one of Trump’s first actions. Although I personally don’t see Trump as a true member and supporter of the Republican Party, much of his campaign addressed a number of the concerns of the Party from recent years.

Whether or not you agree with the long-term practicality and effectiveness of the ACA, the truth is that select people have indeed benefited, and one common fear of this new order is that these people will lose vital access to health care. This particular order, however, does not immediately strip the benefits of the ACA from its benefactors, as some might claim.

The long-term debate on healthcare has yet to be resolved, but remember that the duty of America’s chief executive is to execute, and a key phrase of this particular order is “in the meantime, pending such repeal, it is imperative for the executive branch to ensure that the law is being efficiently implemented.” Trump should not, and likely will not, repeal the act without a proper replacement or solution. There is plenty of evidence that can be used to criticize our new president—his misogynistic behavior, questionable work ethics, and disrespectful attitude—but this particular order doesn’t warrant criticism directly.

Perhaps the most divisive executive order thus far, Order 13769 heavily restricts immigration from seven countries—Syria, Iraq, Iran, Libya, Sudan, Yemen, and Somalia. Critics of the order nationwide argue that people from these Muslim-majority countries are being banned from the U.S. due to a miniscule population of extremists whose practices aren’t representative of Islam, just as the Aryan Nations aren’t symbolic of Christianity.

This, however, might not be the reason why these particular countries are facing immigration blocks. Out of the 50 or so Muslim-majority nations, why has Trump only blocked seven? The reason isn’t because they’re Muslim-majority, it’s because the U.S. simply can’t trust their government’s paperwork.

The central governments in countries like Syria and Somalia, though they do indeed exist contrary to popular belief, are chronically weak. One symptom of this weakness is the unreliability of their records. If a citizen from a stable country wants to enter the U.S., we can verify from that government who that citizen is and what his or her background is with relative certainty before continuing the vetting process.

We cannot be as certain with the countries on the list. The Somali central government doesn’t have enough reach and authority to maintain accurate, extensive records. Other countries, like Iran, that do have strong central governments are still banned because Iran is a self-proclaimed enemy of the U.S. and of Western interests, as the phrase “death to America,” has been supported by Iranian officials since the revolution and recently repeated by Iranian leadership. Because of this animosity, it’s difficult for us to verify Iranian records, representing the rationale for the ban.

In my view, the move toward repealing the ACA makes sense. It’s a logical progression in Republican politics, and conservatives have a strong argument against it. After all, the law is meant to provide more coverage to the public, but it doesn’t actually create more doctors, improve health technology, or fund research. Much of that work is already done privately, and with more practical steps forward, we can create a more sustainable healthcare system that doesn’t just provide coverage, but increases the quantity and quality of medical care itself.

On the other hand, Trump’s ban on immigration, especially toward Syrians, is not a step in the right direction. I understand the conservative fear of terror entering the U.S., but Syrian lives aren’t worth less than those of any other person. Donald Trump, Jr.’s “If you had to eat bag of Skittles with a couple poisoned, would you eat it” argument is unfounded, and frankly, ignorant. If I choose not to eat the skittles, the skittles face no more strife. If I choose not to let in Syrian refugees, I subject the Syrians to continued fear and danger. Syrians aren’t Skittles.

The case with Iran is more difficult. American people should realize that it’s not the Iranian people who are against the U.S., it’s the government. Now especially, Americans should understand that distinction because we can see it at home. Governments do not always represent the interests of the people. The average Iranian citizen probably wants what most of us want—a strong family, a sense of community, and a stable life.

Though the right has valid concerns, the benefits—social, economic, political, and moral—to accepting immigrants, especially refugees, far outweigh the costs.