Last year, in response to losing 320 on-campus parking spots due to construction, and a subsequent 10 percent hike in parking plan costs, Boston College’s Graduate Student Association (GSA) submitted a proposal to reduce the increase in parking prices. The proposal outlined three different ways to combat the rise of parking costs, including expanding the reach of the shuttle service which would decrease the number of cars on campus.

Chris Tansey, GLSOE ’17, is the current president of the Graduate Education Association (GEA), the main student association serving graduate students in the Lynch School of Education. He drafted the proposal after many graduate students expressed frustration toward the rising prices of parking without notification from administrators.

“I came up with a proposal to try and address [students’ frustration],” he said.

The main parts of the proposal outlined three possible solutions—to reduce the pricing and stop the increase, an alternative pricing plan so that maybe students could pay for a few days a week for parking, and lastly, new shuttle routes so students wouldn’t have to bring their cars on campus.

According to Tansey, the Office of Transportation and Parking did not think the first two options were viable, but was receptive to the idea of new shuttle routes. Tansey was tasked with creating a survey to show student demand. The survey generated 1,041 responses—about 34 percent of respondents identified themselves as undergraduate students, while about 66 percent identified themselves as graduate students.

After compiling all of the data from the survey, Tansey put together three routes that students showed interest in having—to Allston-Brighton, to Coolidge Corner, and to Kenmore Station.

Lastly, Tansey indicated that a route to Kenmore Station would open up the city of Boston to students. He also mentioned that these new shuttle routes, especially the Kenmore Station route, could be selling points for the BC administration.

“Over the summer, in August, there was a pretty good chance that this might go through—like a pretty probable chance,” Tansey said. “But more recently, the administration wants to see more student interest before they get behind this.”

Tansey expressed frustration over this roadblock, as he felt his survey communicated student interest in these proposed shuttle routes.

“I got the impression that the momentum had stalled,” Tansey said

Tansey had worked with the Undergraduate Government of BC last year, and hopes to see UGBC push the initiative more, as the University is more receptive to undergraduate initiatives. Currently, the GSA has been busy with another initiative—an event to be held next month on racial oppression—and has put the shuttle project on the back burner.

“This project was like my baby. I put a ton of work into it last year,” Tansey said. “I think it would be a great service for both undergraduate and graduate students for different reasons. But I think it could do a lot for students.” 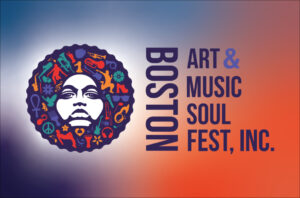