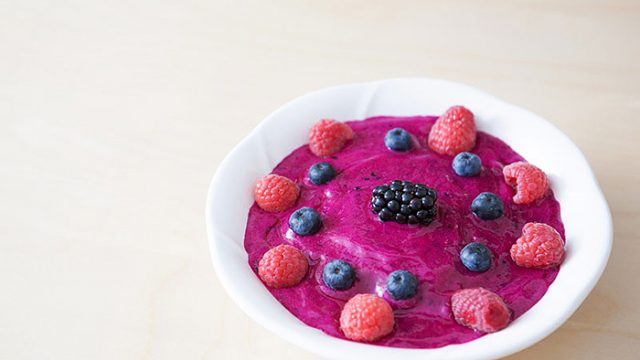 Before coming to BC, Sweeney was a swim coach at New York University, Tufts University, and Colgate University. While working as a swim coach, she became interested in nutrition. She then worked as a senior outpatient dietitian at Brigham Women’s Hospital, where she managed the nutrition and wellness service. She always pictured herself working in an academic setting, so when she heard about the opening of a nutritionist position at BC, she jumped on the idea.

“I have always been attracted to BC for its emphasis on students formation, volunteering, and engaging the community,” Sweeney said.

At OHP, Sweeney helps to run the Health Coach Institute, educating students about sleep, alcohol, stress, and nutrition and how they all play into the health of a college student. The students then educate the BC community with this knowledge through different programming.

Sweeney specializes in eating disorders, sports nutrition, and wellness. She currently sees about 15 patients a week, but expects it to increase to nearly 30 patients later this year when she is at full capacity for appointments. Many students who see her have food allergies, suffer from an eating disorder, or have medical conditions like type 1 diabetes.

BC Dining will also introduce a new menu item to McElroy Commons within the next few weeks. After the success of the acai bowl, Dining will introduce pitaya bowls.

Pitaya, or dragon fruit, has many nutritional benefits. The fruit is rich in antioxidants, high in fiber, and has high amounts of Vitamin C to protect the immune system and Vitamin B2 for energy. The bowls will be made from pitaya powder, mango, pineapple, banana, pea protein powder, and black tea.

Although acai bowls were wildly popular after being introduced last year, students on vegan and lactose-free diets could not eat the bowls because they contained yogurt. BC Dining heard the concerns of these students and sought a way to ease them.

The idea for introducing the pitaya bowl came about when a dietician approached Michael Forcier, general manager of McElroy Commons, with the the idea. Forcier began to research pitaya and came across a company that sells pitaya powder. The company, Pitaya Plus, creates jobs for poverty-stricken areas in Central America where the dragon fruit comes from. Forcier was inspired by the company’s story and called the founder of the company. Forcier will order the powder from Pitaya Plus to create the bowls.

Forcier and other members of BC Dining have spent the last few weeks testing ingredients to see which combinations would create the best-tasting pitaya bowl. The recipe for the bowl is finished, and they will spend the next week inputting the ingredients into a database to determine its nutritional value. They will then adjust the bowl to maximize taste and nutritional value. After that is finalized, the bowl will be ready to make its debut in Mac.

On the day of the launch, representatives from Pitaya Plus will bring T-shirts and other marketing materials to the dining hall. Forcier and other members of BC Dining will hand out samples and listen to student feedback. They will also pass out comment cards for students to provide additional feedback.

“We want to have an event for this because it is pretty cutting-edge,” Forcier said.

Photo courtesy of Pitaya Plus