The Evolution of Weight Watching

As the average American consumes around 3,800 calories per day, about double the daily-recommended caloric intake, it’s unsurprising that about two-thirds of the U.S. adult population is overweight or obese. At the same time, new dieting fads and programs seem to constantly surface. If these plans are successful, then why are American rates of obesity still high?

America’s obesity problem is related to a common misconception of our bodies and weight maintenance, often understood through the “set point” theory, or the belief that hunger and eating naturally occur when the body’s energy reserves plummet below a prescribed set point. To make matters worse, dieting companies like Weight Watchers and Nutrisystem are taking advantage of this misunderstanding. At best, dieters can expect unsustainable and only short-term weight loss. In order to better tackle the obesity epidemic, we should associate weight regulation and dieting with lifestyle changes rather than dieting fads and quick fixes.

The media, dieting programs, and even some early research studies have perpetuated the myth of the “set point” model. Many believe that our bodies naturally signal, through hunger, when we need fat or sugar. This theory is not supported by new findings, however. If our bodies naturally signaled a deficit in fat or sugar, 65 percent of U.S. adults would not still have a significant excess of body fat when they begin a meal. Further, even if a person is provided with a surplus of sugar before a meal, he or she will still have difficulty in regulating food consumption. A recent study showed that efforts to reduce meal size by having participants consume a high-calorie beverage prior to eating have been unsuccessful. If people naturally felt hunger when their bodies needed sugar, they would feel full after consuming the calorically-dense beverage.

So, if hunger isn’t a natural cue from our bodies that we need to be refueled, what triggers hunger? A number of outside factors contribute to hunger, including our evolutionary background, environmental cues, mealtime, serving size, social influence, and even the thought of or sight of food. Rather than practicing weight maintenance based on the “set point” theory, John P.J. Pinel in Biopsychology observes that we should approach the process through a sort of “settling point” theory, which takes into account many of these external factors.

A few thousand years ago, our ancestors’ food supply was unpredictable. To prepare for the possibility of not eating for an extended period of time, they needed to consume large quantities of calorically-dense food in order to store body fat. As soon as they hunted down a tasty gazelle, their bodies quickly entered into the cephalic phase, or a preparatory stage that begins with the smell, sight, or even thought of food. During this phase, bloodborne fuels are lowered in anticipation of the impending surplus of a meal’s glucose.

Although this adaptation was beneficial for humans back then, today it has largely negative effects on our health. In media and advertising, consumers are constantly inundated with images of cheesy pizza and sizzling steaks. Remaining true to its evolutionary roots, the body naturally responds to these cues by entering the cephalic phase. Hunger is now not only triggered by the sight of actual food, but also by golden arches, television, billboards, or our friend’s casual mentioning of Chipotle. Even though we’d like to think of these cues as harmless, it is important to understand the natural and powerful bodily responses they evoke.

Just as visual and auditory cues are predictors of hunger, so too are mealtimes. Take, for example, a student that regularly eats breakfast at 8:00 a.m. and lunch at noon during the week. On the weekend, however, he sleeps in and eats breakfast at 10:00 a.m. Interestingly, because certain times trigger hunger, he will most likely still feel hungry at noon. This fact contradicts the “set-point” model, because if his body was actually telling him when it needed sustenance, he would probably feel hungry at around 2:00 p.m. The strong impulse of hunger he feels at mealtime is not a signal from his body for food. Triggered by the fact that he normally eats at a certain time, the “hunger pangs” are actually a result of his body entering the cephalic phase. Hunger specific to a mealtime is triggered by the expectation of food, not the body’s energy deficit.

Restaurants also take advantage of society’s misunderstanding of hunger by offering meals in multiple courses. Small amounts of food eaten before a meal actually increase hunger rather than suppress it. Scientists believe this phenomenon, the “appetizer effect,” occurs because small amounts of food successfully elicit a cephalic-phase response. Even if we feel sated, when the waiter wheels the dessert cart in front of the table, the creme brûlée suddenly becomes tantalizing. Evolution explains this phenomenon under the theory of sensory-specific satiety. In order to avoid malnutrition, our ancestors needed to eat a varied diet. Similar to the all-too familiar dessert situation, a 2001 study has shown that animals who are sated will begin eating again if they are presented with another food.

As opposed to the “set-point” theory, a “settling-point” model provides a better solution to weight management. Under this theory, body weight seems to fluctuate around its natural settling point, or the general area at which the numerous factors that contribute to body composition reach an equilibrium. As body-fat levels increase, it becomes more difficult to gain weight, and as body-fat levels decrease, it becomes more difficult to lose weight. When a person reduces his or her food intake, metabolic changes limit weight loss, and an opposite response is observed upon an increase in food intake. For this reason, restrictive diets promoted by Weight Watchers and Nutrisystem do not work, and can even result in long-term weight gain.

Although many Americans should lower their daily calorie intake, subscribing to a dieting plan is the wrong solution. Rather, those looking to lose weight should gain a better understanding of how external influences impact the dietary choices they make. Society should shift its focus away from diets and quick fixes, and more toward a holistic vision of weight management incorporated within everyday lifestyle choices. 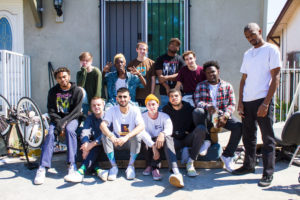