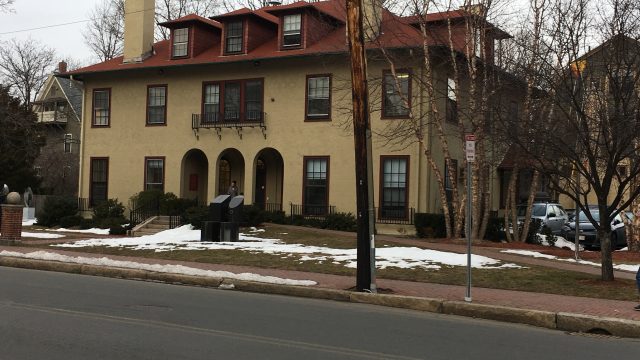 The results of the 2016 presidential election and subsequent inauguration of President Donald Trump elicited a variety of responses from Boston and beyond. Many have marched or demonstrated in some way, but many more were left unsure of the best way to respond to an administration that threatened everything from the validity of global warming, to the rights of immigrants.

The Boston Ethical Community found itself in the former group after the election of a president who it believed stood in direct contrast to the principles that are at the core of the organization.

In materials that can be found at its weekly meetings, the Boston Ethical Community stated that it “value[s] the importance living an ethical, responsible, and joyful life.” In these meetings, which take place in a building belonging to the Longy School of Music in Cambridge, attendees tackle how to determine one’s values, and improve society through living by them. The Ethical Community meets on Sunday mornings, and alternates meetings between having a guest speaker with a discussion and a group talk on a particular topic. This past Sunday, the group finally decided to address the new administration.

The discussion was titled “One Month of Trump,” and the room was set with a collection of folding chairs and tables as well as refreshments for the attendees—a group that was noticeably lacking in a broad age spectrum as most of those in attendance were over 50 years of age.

After they had all settled down at tables, Brian King, the president of the Boston Ethical Community, posed a series of questions for the members of the various tables to discuss. He asked attendees to consider the apparent chaos of the Trump administration: whether there is any intent behind it, how the checks and balances of the United States government will work going forward, and how the country might move forward from here.

Although the general political leaning of the group was toward the left, the discussion was not one of constant agreement. Participants formed a consensus that there is an extreme amount of bruting going on in the executive branch of the government, led and fostered in part by Trump. But there was still a healthy amount of debate surrounding the perceived intentions of the Trump administration and what will, and should, happen going forward.

At one of the tables, the discussion centered around a common theme of worry about the direction the country is headed in. Phyllis Glass, a former administrative worker at Harvard University and a current resident of Allston, expressed her hope that the Federal Bureau of Investigation was doing something to discern if there was any truth behind the claims that Trump’s campaign had contact with the Russian government during the election process, but her trepidation as what might come next.

“If the FBI does find something, will Trump be impeached for treason?” Glass asked the other members of her table. “Could that happen?”

The topic of impeachment arose again as the tables regrouped for a discussion moderated by King. Attendees questioned who the lesser of two evils is: Trump or Vice President Mike Pence. One attendee pointed out that while Trump is “insane,” he had previously voted with the Democratic Party. Perhaps, if the Democrats in the House of Representatives and the Senate were to put their pride aside and work with the new administration and convince the new president that supporting their policies would win him favor with the people, President Trump could be persuaded to vote with the Democratic party again. On the other hand, Pence, as an anti-science, anti-choice, climate change denier, was “sane and dangerous.” If he became president, he would work with the Republican controlled Congress to tear apart many of the basic rights that people have been granted through legislation over the past few decades, such as minimizing rights to abortion and gay marriage.

As one woman put it, Trump is easier to oppose due to his explosive nature, whereas Pence’s actions might appear rational unless put under further inspection. As a result, many of the measures he would propose could get passed. Some participants preferred Trump, making a “devil you know” argument of sorts through their reasoning that he is such a wild card that even the shrewdest of political analysts don’t know what he will do next. Others positioned themselves in favor of Pence, taking into consideration that the daily pandemonium of the Trump administration acts as a shield for the Republican Congress to secretly make reforms.

In addition to the distress of the new president’s term, there was discussion of how the government will progress forward. The group gathered at the Ethical Community’s meeting and reached a consensus that it was time now to look ahead. With the midterm elections in 2018, the assembly’s focus shifted to getting more Democrats elected to Congress, as well as the best way for an overwhelmingly Democratic state such as Massachusetts, to create change within the country.

Members discussed plans of compelling friends and relatives in red states to take action in areas where they could make a strong impact, and of contacting their local representatives about policy issues with which they might not agree. Many participants stressed the importance of attending the town halls that legislators hold during the congressional recess. Some attendees also bounced around the idea of political donations, suggesting that instead of donating money to candidates in states that consistently voted for liberals, that money would be better served going to a candidate in a state where the race would be much more contested.

For Caitlin Ivestor, the “One Month of Trump” discussion was her first experience with the Boston Ethical Community. She felt that the outcome of this election is an issue that, like many others, people will refuse to forget. As an example, she shared that her experiences attending the University of Notre Dame in South Bend, Ind. had introduced her to dialogues with those who had immovable opinions on debates like the one surrounding abortion-rights. Ivestor related this narrative to the larger picture of the current political climate in that politicians grab onto hot button issues like abortion-rights, because a strong position is a guarantee of a large block of votes.

As people trickled out of the meeting, continuing to discuss the topics that had piqued their interest, the atmosphere was one of purpose. Those who attended the meeting of the Boston Ethical Community did not engage in commiseration, they ultimately sought to forge a path to change. The results of the election were not condemnation for the country but a call to action to help create what the Ethical Community hopes will be a more humane world for current and future generations.