The Unspoken Laws of Movie Theaters

The lights dim to their lowest setting. You sit back in your cushioned seat. The sounds of popcorn rustling in thin paper bags and slurps of soda surround you. The overarching score comes in through the speakers. The title screen spans large and wide in front of you. You smile to yourself as the movie’s plot begins—ready for the adventure of a new narrative. But you feel a tug on your sleeve, slight at first but now urgent and strong.

“Who is that?” your friend to your left asks. “Oh, wait, what’s going on? What did he say?” asks your friend to your right. Then one of them takes out his phone and takes a selfie, the other begins texting. Mini atomic bombs go off in your eyes as you realize that your friends plan on talking and acting up throughout the entire movie. They’ll talk through all the best parts and be distracted by their phones or simply their opposable thumbs during the key character and plot-building moments so that they have to ask you what’s happening. You let out a huge sigh as you resist the urge to pull at your hair and ask them why they even came with you to the movies at all.

I’m not sure if this is your biggest pet peeve, but it sure as hell is mine. There is nothing more frustrating and mind-boggling to me than when people spend around $12 for a movie ticket, $20 or so for popcorn, candy, and a soda, yet proceed to ignore the entire purpose for why they left their living room. Theaters have even prided themselves on crafting creative advertisements that play between the trailers and the feature film that explicitly ask people to shut up. AMC Theatres even coined the phrase “Silence is Golden.” But apparently gold isn’t good enough.

I understand the need for discussion and analyzation during a film. My mom and I have a running game of spotting film typos and seeing who can catch the most movie mistakes. But those aha! moments are reserved for the living room or the den. I’m sure that while watching Angels & Demons no one would have appreciated my celebratory dance of victory after correctly guessing that (spoiler alert) the benevolent priest turned out to be the mastermind killer. My own mother barely appreciated how much I gloated after that.

But there seems to be a lack of appreciation for what a movie theater provides. When you watch a film at home, you have the luxury of pausing it, replaying certain moments, and, ultimately, disturbing the film’s overall setting to fit your schedule or desire to discuss. In a movie theater, the lights are turned off, the screen is so gigantic, and the speakers are so loud that you are motivated to suspend your sense of reality and rational belief. It is very rare that you can attain such a magical experience while simultaneously recognizing that everything you’re watching is fake—staged, acted, and shot from predetermined and choreographed angles. When someone talks or their phone rings the sanctity of this falsehood is broken.

This concept resonates with the “shusher,” not the “shushed.” The “shushed” walks into the theater and attracts all eyes. They laugh boisterously, send Snapchats throughout the film, and periodically ask who is who and what is what. They are oblivious to their actions and feel as though this is the true movie going experience. The “shusher,” feeling uncomfortable and perturbed, faces the daunting task of having to enlighten this individual without coming across as rude or pretentious—hoping that they will understand the solemnity of the movie theater. It is this strained dynamic that often leaves the “shusher” staying quiet while he hears the “shushed” typing away on his or her cell phone.

This unspoken law of movie theater ethics is also dependent on the film. While watching Secret Life of Pets, I’m expecting laughter, quick commentary, and the sounds of children in the audience. You know what you’re in for. If I am trying to follow the plot of a serious, thriller like The Girl on The Train and catch each mumbled syllable, I’m praying to God that no one disrupts the suspense.

This is not an easy battle to fight. Day in and day out average citizens come face to face with people who disregard the holiness of the movie theater and treat it like it’s their living room. These brave souls are usually too shy to shush and just shake their heads in irritation. Hopefully, we can live in a world where we can watch Hidden Figures without hearing someone’s side conversation about Pharrell. Maybe these individuals will see the error of their ways and, if not, there will always be a good number of people willing to bite the bullet and tell them to quiet down so we can settle back into our plushy seats and enjoy the film. 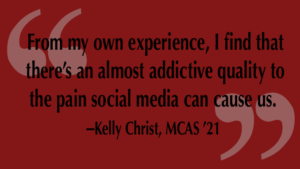