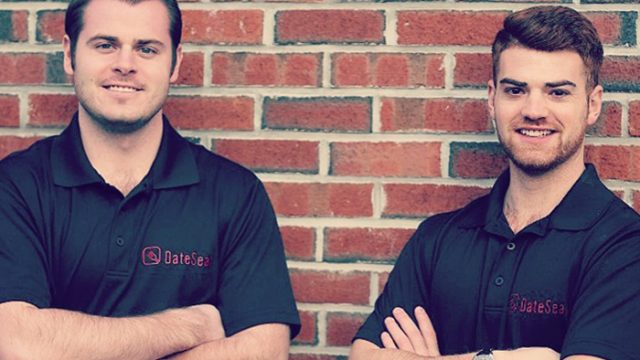 Many Bostonians can now have access to an app that will solve all of their foodie nightmares. From bringing your crush on a first date in an uncomfortably noisy bar to joining your colleague for a business meeting in a weirdly dark and romantic restaurant, Date Seat can prevent any unwelcome dining surprises.

Date Seat, a phone application co-founded by Mike Laskowski and Jake Hajec, aims to fulfill the needs of anyone looking for just the right restaurant in Boston. With a system that organizes eateries by atmosphere and ambiance, Date Seat allows users to choose from categories such as First Date, Sunday Funday, Coffee, Live Music, and even the seasonal NFL Sunday to find the appropriate destination for their next outing.

Sitting in his car unable to figure out somewhere to eat, Laskowski was reminded of his and Hajec’s past frustrations with the difficulty of finding new eateries in Boston. After calling Hajec and explaining his idea for an app that bypasses Yelp to make restaurant searching easier and more personalized, the two began the creation process in Feb. 2016. With the help of their friend and iOS app developer, Nick Servidio, Hajec and Laskowski began drafting the app and eventually launched it five months later.

The two founders dined at each of the restaurants featured in the app, walking up and down streets with surveys that they completed for each place entered into their system. According to Hajec, the data collection part of the process turned out to be the most time-consuming because of their individual involvement in the search. But the time that the process required was well worth it, as the data collected was essential in creating the categories that make Date Seat so unique.

By dividing restaurants up based on their atmosphere and ambiance, Laskowski and Hajec created an application that acts as a friend giving you advice. Date Seat is almost personified when it is used, presenting each category clearly to show the user what his or her best options are for any event—like where to take a significant other on a first date, or where to watch the final Beanpot game.

There are more than enough categories on Date Seat for every user to find at least one particularly appealing option. While Hajec is particularly fond of the NFL Sunday category, which connects fans with viewing venues during the NFL season, Laskowski admitted to frequently using the Classy Date category for planning his weekends out.

Some categories, however, seem to be widely appealing for all users throughout Boston, like Outdoor Seating or After-Work Drinks.

Laskowski and Hajec felt that Boston was the perfect place to center their application around, not only because they live in the city, but also because Boston has a particular diversity and openness that fosters growth.

The foodies that dine in Boston each night include countless unique people of all ages, each with different tastes in food and atmosphere. The founders felt that because of this range of potential users, the app received productive feedback from all various demographics, ultimately helping it reach out to a broader audience.

Boston is also considered a hub of innovation in the startup world, making it an exciting and helpful place to create and launch Date Seat. Many of the conventions that take place in the Boston area for startup owners have helped the co-founders connect with people already involved in the industry. By gaining advice from some of the older players in the game, Hajec and Laskowski were able to improve their app.

“There is no way we would be where we are right now if we hadn’t networked throughout the city,” Hajec said.

According to Laskowski, foodies and restaurant owners in the Boston area have also welcomed the Date Seat app with open arms, which has made the process of introducing their creation to Boston even better.

“We’re pretty happy with the results in Boston,” Laskowski said. “But we’re looking forward to expanding to other cities as well.”

By this June, the app will expand to three new cities: Freeport, Mass., Portsmouth, N.H., and Manchester, N.H. As these expansions are being made, Date Seat will also be released for Android devices, allowing users of any phone to access the application.

As the application continues to grow, the founders are looking for partnerships with dating-focused platforms, like Bumble or Match.com, to help make the process of online dating easier.

While this deal has not been solidified yet, Laskowski and Hajec have just finalized a new partnership with OpenTable, which will allow users to make reservations at restaurants directly through Date Seat.

While this new feature appeals to all demographics, there are many college-centric aspects of Date Seat as well. The College Bar category, for example, was created for students attending any of the large number of universities in the Boston area. The Club and Live Music categories have proven popular among younger Boston crowds as well.

The Date Seat Blog, a laidback online platform used to discuss anything food related in the Greater Boston Area, is also geared towards younger audiences.

With posts written in a candid, almost snarky voice about topics ranging from Hotel Bars to the Best Brunch locations, the Date Seat Blog has a Barstool-esque vibe that is sure to enlighten and entertain users all at once.

From a blog that can help a direct a college student toward the best bar for a visiting friend to categories that can help a naïve dater select the ideal restaurant for a first date date, the founders of Date Seat hope to provide their current Boston users with all of the resources needed to choose the ideal place for his or her next meal.

“So far, people have been super welcoming and open to this new idea, and I think for us, choosing Boston was a great choice,” Laskowski said