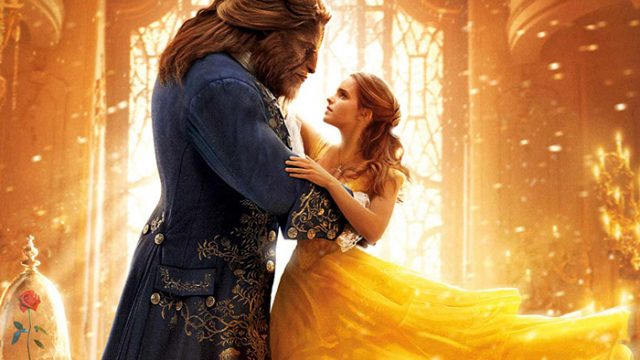 Most everyone knows the story of Beauty and the Beast, the one that makes us feel for  candlesticks and teacups and watch an unconventional romance develop under the timer of a withering enchanted rose. Disney’s live-action remake of Beauty and the Beast opened this past weekend, and offered a fresh retelling of a beloved story that maintained the iconic elements of the movie while making morally-progressive aspects feature prominently.

When Belle’s eccentric father (Kevin Kline) is taken captive by the Beast (Dan Stevens), Belle (Emma Watson) takes his place and stays with the cursed man-turned-beast, softening his feral roughness and eventually breaking his curse with their mutual love. As savage and intimidating as the Beast first appears, he proves to have a heart of gold, in stark contrast to Gaston (Luke Evans), the “brash and boorish” villager that disturbingly likens his relentless pursuit of Belle’s affection to that of hunting big game.

Belle has generally been regarded as one of Disney’s more independent female characters. With her intellect, bravery, and compassion, she defies the helpless, shallow princess stereotype that modern audiences cannot stomach. But the live-action movie expands upon Belle’s agency in a way that seems natural, not forced. Watson’s Belle is an inventor, one that teaches a young village girl how to read and has a penchant for tossing aside extravagant dresses when the situation renders them frivolous. She is quick to blurt out that she is not a princess, and her outsider status as a capable intellectual in a small-minded village brings her closer to the Beast in a way that makes them seem more like equals and less like an example of Stockholm syndrome.

While viewers saw an even stronger character in Belle, the other characters were perhaps exceedingly similar to their original incarnations. The Beast was tough but lovable, Gaston was heinous as ever, and Lumiere (Ewan McGregor) shined with his charming personality. While essentially all of the characters were confined to their expected roles and personalities, the live-action movie augmented the storylines with a clarification of the some characters’ backstories. The film instilled significance in the enchanted rose by tying it to Belle’s limited backstory with her mother, and this made Belle’s connection with the Beast seem more organic and fateful. But beyond that, there were few surprises in story or character in this movie remake.

With that said, one of the film’s strengths is its ability to avoid fixing that which is not broken. The poignant quality of having a morally good Beast be hunted down and attacked by an evil and brash Gaston was preserved, and even enhanced through its presentation using human actors instead of 1990s animation. Viewers saw a cold, dusty castle transform into a glowing, lively entity as furniture and homeware came to life through beautiful live-action graphics. These graphics were beautiful and added magical scenes and touches throughout the film. In particular, the scene including the song “Be Our Guest” relied heavily on special effects, and the end result was spirited and covered in enough glitter and soaring vocal performances to draw the viewer into the castle seamlessly. And the dialogue between the characters was witty and cemented the merits of the live-action movie to be in the details of its presentation.

Of course, Beauty and the Beast also has a well-known soundtrack, full of catchy and appealing songs that enhance the course of the movie. The live-action film nicely portrays these classic Disney songs with musical numbers that are entertaining and fairly realistic. There are no pseudo-spontaneous, unrealistically elaborate choreographed scenes, such as one would see in High School Musical—this was to the benefit of the movie.

One example of these well-done musical numbers included “Gaston”, a song meant to puff up the ego of the insufferable character, and was lead by Gaston’s lackey, LeFou (Josh Gad). The song embodied the merriment of the villagers with its humorous lyrics and simple yet coherent choreography. The song highlighted the insufferable qualities of Gaston in an amusing manner, and with the subtle jokes about the illiteracy of many of the townspeople, the theme of the importance of education was woven into the song for a meaningful contribution to the movie as a whole. Furthermore, Gad’s gregarious portrayal of LeFou was an immense asset to the scene, and made an entire song about a loathsome character such as Gaston into one of the most enjoyable songs in the movie. Additionally, new songs to the franchise, such as the Beast’s emotional performance of “Evermore,” helped bring new blood to the soundtrack and gave viewers familiar with the music and story a more robust entertainment experience.

The result of the enjoyable soundtrack and its interaction with the storyline is a film that maintains the familiar features of the original story, while presenting them in a fresh way.