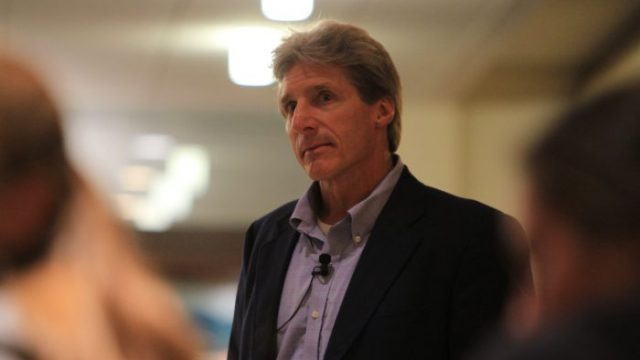 Boston College has taken a major step forward in the process to hire its new director of athletics, hiring Parker Executive Search to aid in the search process.

When outgoing Director of Athletics Brad Bates was hired by BC, the University didn’t seek the help of a search firm. Leo Sullivan, then-vice president of human resources, singlehandedly conducted the search for Gene DiFilippo’s replacement back in 2012, eventually hiring Bates. In spring 2014, Sullivan stepped down from his post, but remains a senior advisor to University President Rev. William P. Leahy, S.J.

It is not uncommon for schools or organizations to hire a search firm to aid in the process of finding a new executive. Notably, Bates has accepted a position at a similar firm, Collegiate Sports Associates.

Parker Executive Search seeks out successful, currently-employed athletic directors and high-level executives. BC represents a step up for some of the candidates mentioned by The Heights as ideal fits for the University. The two suggested frontrunners, Ed McLaughlin and Boo Corrigan, currently work at Virginia Commonwealth University and Army, respectively. When the firm contacts potential candidates, it describes the job opportunity and asks whether the potential candidates may be interested in the position. Candidates who indicate that they are considering the position are added to the shortlist.

Parker Executive Search has a successful track record placing qualified personnel at sports organizations in the professional and collegiate levels. In addition to conducting the searches for high-level NCAA positions and league commissioners, Parker Executive Search aided in the hiring of approximately 77 athletic directors across the country. Notable names on that list include Mark Jackson of Villanova University, Gene Smith of The Ohio State University, and Jack Swarbrick of the University of Notre Dame.

Villanova named Jackson its director of athletics in late summer 2015. During the one full year of his tenure, the Wildcats won a national championship for men’s basketball and reached postseason play in three other sports.

Smith has spent more than a decade as director of athletics for the Buckeyes. During his tenure, football has won five bowl games and a national championship, while men’s basketball has qualified for the NCAA Tournament nine times, reaching two Final Fours and one national championship. Meanwhile, men’s volleyball, wrestling, women’s rowing, and individual athletes also won national titles.

Swarbrick has successfully managed the Fighting Irish’s transition into the Atlantic Coast Conference. In the 2013-14 season, 22 of Notre Dame’s 26 teams qualified for postseason play. Under Swarbrick, the Irish have reached 11 championships, winning three.