Those who believe Islamic values are compatible with the democratic West have long pointed to Turkey. On April 16, Turks will vote on a historic constitutional referendum which threatens to undo Turkey’s democratic, secular constitution in favor of a more autocratic system under President Recep Tayyip Erdogan. During the past few weeks, Erdogan has been actively picking a fight with Europe over the referendum. He recently accused Angela Merkel’s government of “Nazi practices,” his comment coming after a few pro-Erdogan rallies in Germany organized by Turkish cabinet ministers were cancelled due to safety concerns. The rallies were planned to garner support for passing the referendum.

About 1.4 million people of Turkish descent living in Germany are eligible to vote in the referendum, which, if passed, would essentially give Erdogan near-dictatorial powers. The Netherlands also prevented Turkish ministers from holding pro-Erdogan campaign rallies on Dutch territory. Erdogan responded by calling Dutch authorities “Nazi remnants.”

It’s no surprise that European governments are not particularly inclined to host these rallies on their soil. Moreover, many Westerners are shaking their heads at Erdogan’s emerging propensity to compare everyone to Nazis. Hundreds of Twitter accounts—including Justin Bieber’s—were hacked on Wednesday to post the hashtags #NaziGermany and #NaziHolland, and tweeted out links to videos of Erdogan. Still, this strange propaganda may be gaining the president support among some Turks, who view him as a nationalist, populist hero standing up to the European bully. Erdogan is promoting the idea that Europe doesn’t want him to gain more power because it would make Turkey more powerful as a result.

For instance, a video has surfaced of young Turkish men burning what they thought was the Dutch flag, but is actually the similarly-colored French flag. Another misplaced target of Erdogan supporters’ ire is the orange, both the fruit and the color associated with the Netherlands. In a dramatic display of anger toward “Fascist Holland,” Erdogan supporters were photographed squeezing and even stabbing oranges in northwest Turkey. They were not making mimosas, but rather expressing support for the president’s anti-European rhetoric. Clearly, orange is not the new black in Turkey.

On a serious note, protests such as these suggest that Erdogan’s recent behavior is working in his favor. Evidently, he captures something in Turkish society, and has won the hearts of people who felt excluded in the Western, secularized regime of Kemal Ataturk, the founder of the Turkish Republic.

Erdogan’s irresponsible rhetoric is only furthering the rift between Turkey and the European Union, which the country is still officially trying to join. On Friday, Erdogan threatened to flood Europe with Syrian refugees in response to a move seeking to suspend talks on Turkey’s membership in the E.U. Diplomatic relations with Europe are clearly no longer a priority on Erdogan’s list.

Although Erdogan already has much more de facto power than his title provides him, the proposition would officially give the president sweeping new powers, which he says would help him deal with things like Turkey’s troubled economy and terrorism. The amendments would allow the president to enact legislation, declare states of emergency, and dismiss public officials and judges. They would essentially put an end to Turkey’s parliamentary system, and executive, legislative, and judicial power would be consolidated into the hands of the president.

The role of prime minister would be abolished, making Erdogan both head of state and head of government. Ironically, the current Turkish prime minister doesn’t seem to think his role is very necessary anyway, and has been campaigning for a “yes” vote alongside Erdogan. Perhaps most frighteningly, the bill would allow Erdogan to extend his term in office until at least 2029. The European Commission released a statement Tuesday condemning the reforms as dangerously excessive for eroding checks and balances on the executive.

Erdogan has been running Turkey since 2002, serving as prime minister for 11 years before becoming president in 2014. Although the role of president was traditionally viewed as ceremonial, Erdogan has managed to make it the dominant post during his tenure, maintaining his status as the most powerful man in Turkey. Since last summer’s attempted military coup, Erdogan has significantly cracked down on opposition and further consolidated his power. Moreover, terrorist attacks by the Islamic State and the PKK, as well as an influx of millions of Syrian refugees into Turkey, have convinced many that a more forceful executive is necessary.

Concerningly, the referendum is taking place during a state of emergency in which the independent media has been silenced and open debate restricted. Over 160 media outlets have been shut down since the attempted coup in July 2016, and over 140 journalists are currently in jail pending trial.

While Erdogan has been generally unpopular among more moderate and urban Turks, his Justice and Development Party (AKP) has a strong base of support among the country’s rural and religiously conservative population. Although almost all of Turkey’s 75 million citizens are Muslims, many are not happy with the increasing Islamization of the country under Erdogan. The Turkish military is seen as the guardian of the secular constitution of Ataturk. With the upcoming referendum, Ataturk’s vision for Turkey is more seriously under threat than ever before.

Although Erdogan is highly influential, it is misleading to overemphasize him as the sole actor in Turkish politics. There still exists opposition both in the population and in parliament, especially from the Republican People’s Party (CHP) and the pro-Kurdish People’s Democratic Party (HDP). In recent years, however, the AKP has purged of tens of thousands of government employees. Over 100,000 civil servants have been dismissed or suspended without due process. It is growing more and more dangerous for moderates and supporters of Ataturk’s vision to express discontent with Erdogan’s government. Next month’s referendum will mark a historic decision for the country. Either the already authoritarian ruler will become a fully-fledged dictator, or Turkey will have another shot at a constitutional democracy. 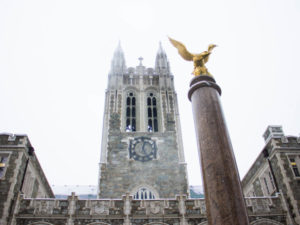 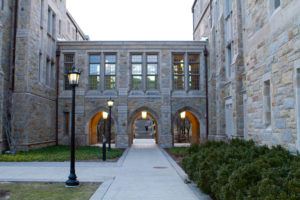