Home » The Value of Becoming a Mentor 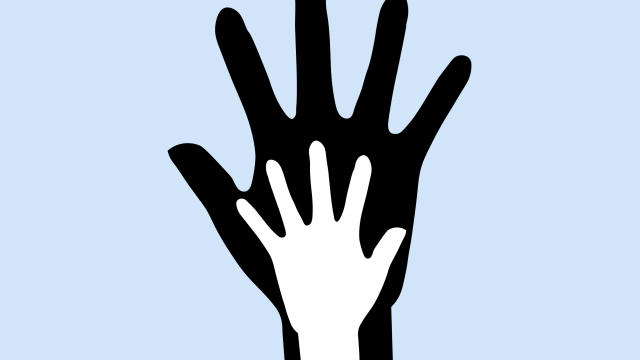 The Value of Becoming a Mentor

When I joined Stylus my freshman year of college, I was hoping to find people I could relate to in a way I had never been able to before. I knew the club would be filled with people who enjoyed poetry and literature as much as I did. In addition to attending weekly meetings, I began submitting poem after poem in the hope of being published. Week after week, my pieces were rejected, and I struggled to speak up at meetings because I perceived all of the older members around me as more knowledgeable and qualified to talk about the work than me. I got my breakthrough when I composed a poem unique and abstract enough to maybe have a shot. Sure enough, it got in.

Even though part of me felt that it might have been a stroke of dumb luck, I felt I had earned a small place among the ranks of more senior members. After my acceptance, I spoke up at meetings a little more often. After the fall magazine came out, featuring one of my poems, I was approached by a senior editor who congratulated me on my acceptance to the magazine and asked me to get lunch with her.

This encounter left me equal parts excited and unsure. This senior, for the past semester, had intimidated me more than anyone else in the club. All of her writing that we reviewed was always accepted nearly unanimously, and she spoke with the articulation of a highly intellectual adult.

When the day came for our lunch date, we met in the Rat, where we talked about school, life, and Stylus. She asked me about my work and what had inspired it, and I expressed admiration for her own work. Eventually, she revealed her design to me.

“When I was first published in the magazine,” she began, “a senior member of the magazine asked me to come to lunch with her and she offered to read over, edit, and critique my work whenever I felt that I needed it. She became my writing mentor, and I want to pass the tradition down and offer the same to you.”

I was incredibly excited and flattered, not only to have this senior take interest in me and my work, but also to be a part of this unique Stylus tradition.

The next semester, I sent her a poem, to which she offered possible edits and suggestions. With her help and some tweaking, my second poem was accepted into the magazine. Beyond magazine acceptances, she helped me to become more comfortable with older members of the club. I was no longer so reluctant to speak up at meetings. Before I knew it, everyone recognized me and remembered me by name. I was a part of something I loved. So much, in fact, that I applied to the editorial board that spring.

At the end of the semester, I thought nothing of it when my new mentor asked me to get ice cream one night, but when I walked into White Mountain, I found a dozen or so Stylus members there. That night, they surprised me and a few other general members and announced that we would be a part of next year’s E-board. I was overjoyed, and I likely could not have come so far so quickly were it not for my new mentor.

I would never have had the guts to ask an older member of Stylus to look over my writing, or even just to get lunch with me my freshman year, so I was incredibly fortunate that a senior took me under her wing. Of course, it was much less intimidating for her to reach out to me than vice versa. She was older and already must have known that I would love some help with my writing and with navigating my first year of college in general. It is much easier decide to become a mentor for someone than it is to try to find an older mentor for oneself.

I have not sent her my poetry in a while now, but if I did, I know I could expect an enthusiastic and speedy response.

Transitional years can be especially tough, but having an older member from my organization reach out to me encouraged and facilitated my growth into a more confident and successful member of the club and of the BC community as a whole.

While clubs like Ascend and Freshman League come with a promise of mentorship, more organizations should expand to include mentorship, be it through formal programs or informal understandings among upperclassmen. If juniors and seniors reach out out to the younger members of their clubs more intimately and more often, the transitional process would be significantly easier for many freshmen. This would also allow for more positive transitions into the school community for first year students. I know that this was the case for me.

As I transition into my senior year, I will be on the lookout for that new Stylus writer, who is rejected, maybe, as often as I was, who doesn’t always speak up at meetings, but who, every week, keeps coming and keeps trying. I wonder if, when I ask her on a lunch date, she will be just as surprised as I was.