Home » Sex and the Cinema 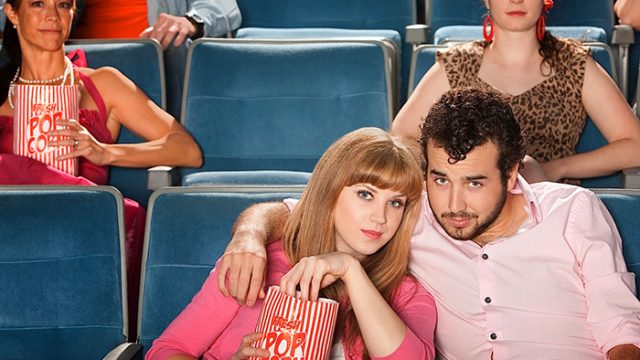 Sex and the Cinema

We are often drawn into films by interjecting ourselves into the moment. For a while, we are the cowboy, the hero, the astronaut. For a brief period of time, we see ourselves in the shoes of those on screen. Horror films elicit fearful reactions, and not because we fear for the character. We are afraid because, for a time, we are the characters. But not all people see themselves in the same characters, moments, or outcomes. I am amazed at how often men and women walk away with drastically different outlooks on film. This seems to be a difference between men and women being made manifest in our interest and recollection of entertainment.

MPAA statistics from 2015 give us some insight into these preferences. Women account for 54 percent of box-office revenue, but, in the Top 10 grossing pictures for 2015, only accounted for the majority of viewers for one film, Inside Out, at 54 percent. The rest, including Furious 7, The Avengers: Age of Ultron, Star Wars: The Force Awakens, and Jurassic World, consisted of a mainly male audience in the seats. The idiosyncrasy of the action of the films dominated by men and the more light-heartedness of an animated comedy drama are clear to see.

When conducting analytics on its user-base preferences, IMDb.com also found differences among men and women. Though most films that were unanimously acclaimed or hated were found to be ranked comparably among the sexes, there were divisions elsewhere. Films that were rated far differently among men and women fell along similar lines of preference and perception. Men rated films like Dumb and Dumber, Borat, and Piranha 3D, much higher than women on average. Conversely, women rated films like Fifty Shades of Gray, Twilight, and Sex in the City, much higher than men on average. In this realm of low-brow cinema, men seemingly preferred schlocky comedies, while women preferred schlocky romance.

But these kinds of differences manifest themselves not only in what we see and how we rate it, but what we remember when it comes to film. The study “Die Hard in Notting Hill: Gender Differences in Recalling Contents from Action and Romantic Movies,” in Applied Cognitive Psychology, showed men and women one action and one romantic film, and asked subjects to recall specific things about each. It found that, on average, men were better able to recall aspects of action films (death, violence, adventure) and women were more capable of recalling aspects of the romance genre (love, relationships, melodrama).

These studies are fascinating because they attest to differences in how we, as men and women, perceive the arts. They show how larger proclivities manifest themselves, at least generally, in the sexes. Through conversation, I have found that—even within the same film—men and women could have a vastly different outlook on a series of events.

This idea mostly manifests itself in rom-coms and dramas where men and women get comparable screen time. In action flicks, whether it be Lara Croft or Jason Bourne, we are more likely to be engrossed in the thrill than the personal connection. Rom-coms and dramas, however, are heavily predicated on the personal attributes of characters and when we insert ourselves into them we are more likely to see ourselves align with a character for superficial or personality reasons. Those quintessential boy meets girl stories need people to relate to said boy and girl.

In an example of this, comedian Bill Burr describes how even a film like Titanic can be a harrowing tale from a certain perspective.

“Every girl I meet, thinks that movie is romantic, it’s irritating. … It’s a f—king horror film,” Burr said. “See you watch it, trying to relate, ‘Who I’ll be?’ You will be that chick that floats away on that piece of luggage, right?”

“I’m watching like, ‘Who will I be?’ I’ll be that dude, the boat breaks in half. The dude falls straight down. Bang off the ship and goes off into the water. That’s who I’ll be.”

Burr’s comments seems to further the idea that men are more inclined to recall things pertaining to violence and action (i.e. falling to one’s death), than the emotion aspect of perishing in the name of love.

Everyone, not only men and women, has their own point of view and looks to films and situations in different ways. If anything, these differences offer up endless entries into conversation and looking to better understand one another.